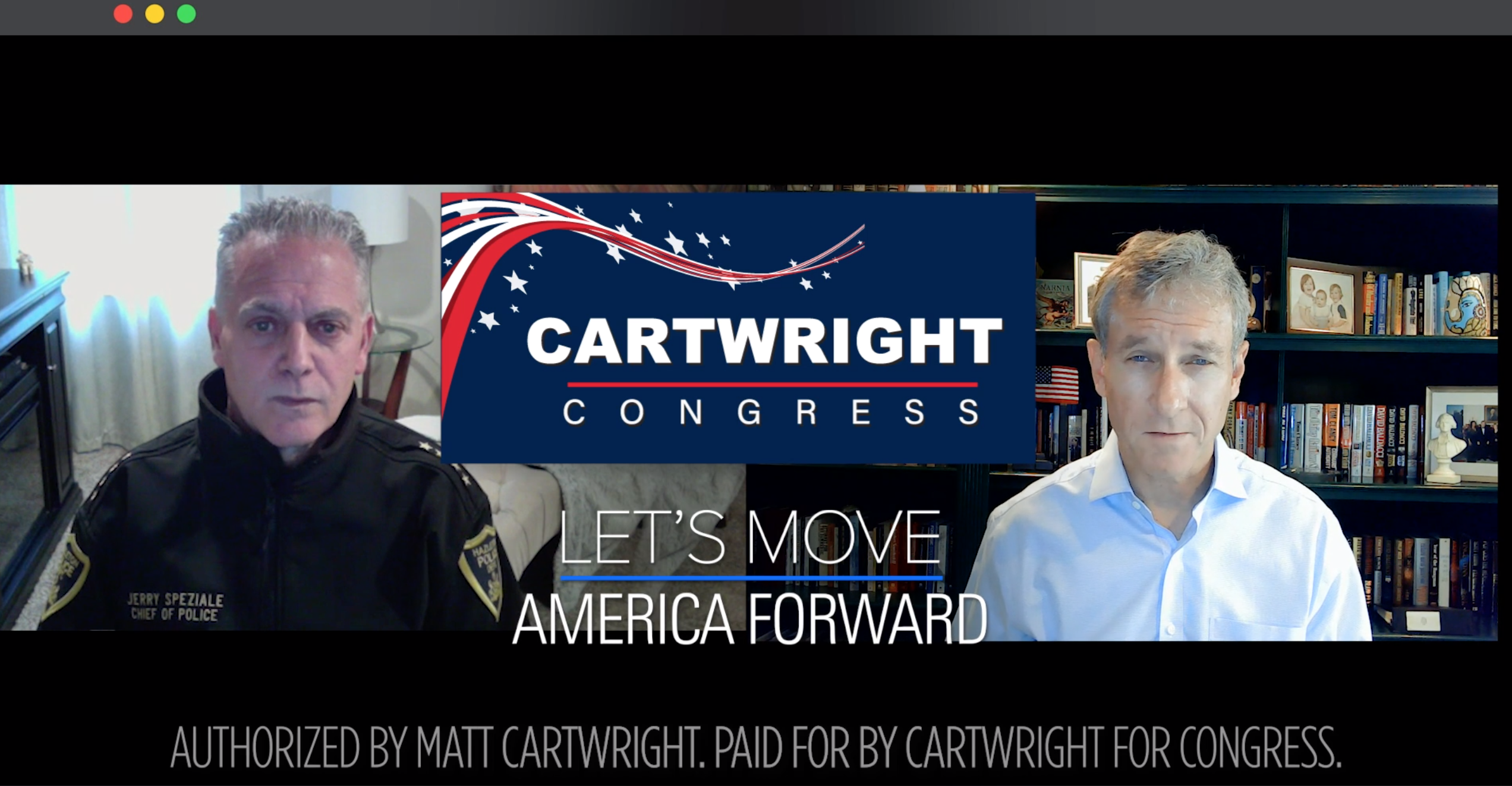 Republicans are attaching Democrats to the “defund the police” movement in attack ads for competitive districts this cycle, including the race for the 8th Congressional District. Rep. Matt Cartwright (D-Lackawanna) has already faced these charges from his GOP challenger, Jim Bognet, and fights back on these claims in his latest 30 second ad, with an assist from a former law enforcement official from his challenger’s hometown.

“He’s even for defunding the police,” a voiceover says at the beginning of the 30 second spot titled, “Public Safety.” This is a clip from a previous attack ad from Bognet.

“When I needed cops and I needed funding, Matt Cartwright was there for us,” Speziale continues to say later in the ad. “That’s why we’re able to make safer cities.”

“Matt Cartwright is all about that,” Speziale said.

Bognet’s campaign shot out a press release slamming the ad that included a statement from Bognet and Dave Repchick, former Throop police officer, veteran, and co-chair of the Bognet for Congress First Responders Coalition.

“It is beyond infuriating to see Matt Cartwright say that we should defund the police, then watch his commercial falsely attacking Jim Bognet for speaking the truth. I listened to the clip of Cartwright – when asked about defunding the police he said, ‘absolutely yes.,” the joint statement reads.

“Shame on Cartwright for lying and shame on the former Hazleton police chief for being an accomplice in that lie,” the joint statement continues.