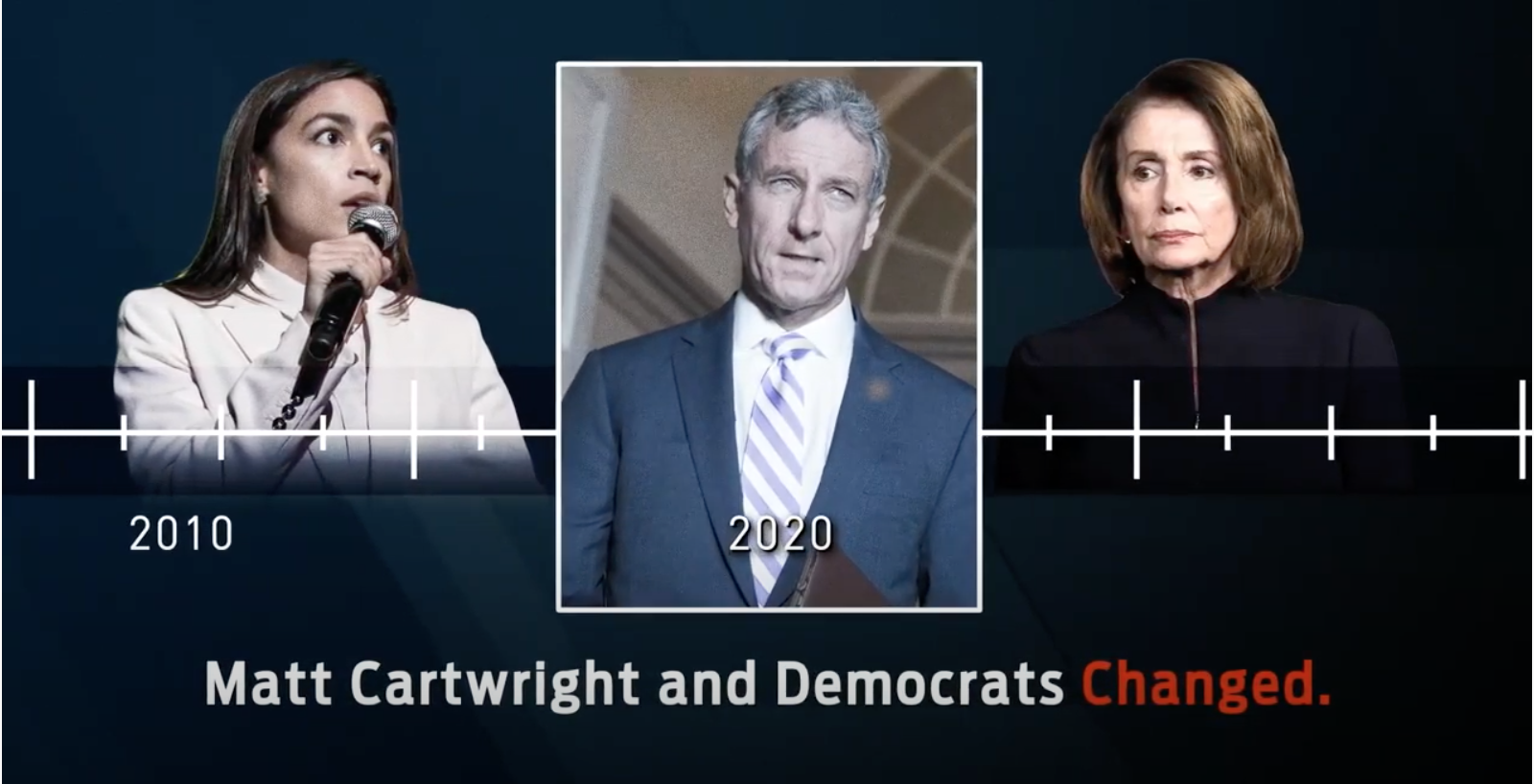 Northeast Pa was once a Democratic stronghold, but the region in recent years has trended towards the GOP. Jim Bognet, a former Trump administration appointee attempting to unseat Rep. Matt Cartwright (D-Lackawanna) in the 8th Congressional District, attempts to make the case that the Democratic Party and their congressman are now out of touch with the region as the party has evolved over the years.

“The era of big government is over,” President Bill Clinton says during his 1996 State of the Union Address, which is featured at the beginning of Bognet’s 30 second TV ad titled, “Changed.”

“Matt Cartwright and Democrats have changed a lot since then,” a voiceover says, while the screen moves from an image of Clinton and the late Gov. Bob Casey to Cartwright side-by-side with Speaker Nancy Pelosi (D-CA) and Rep. Alexandria Ocasio-Cortez.

“Today Democrats want to eliminate private health insurance and raise our taxes,” the voiceover continues. “And Cartwright backs higher taxes on social security. He’s even for defunding the police.”

The ad continues by saying that COVID “wreaks havoc,” while Cartwright “flies private to Washington.”

The Cartwright campaign said that the ad is riddled with lies and criticizes Bognet’s career working for various GOP candidates across the country, who have advocated for entitlement reforms.

Cartwright has also been on the attack over healthcare and entitlement funding in TV ads over the past few months. Cartwright is also a co-sponsor for H.R. 860, Social Security 2100 Act, that would cut taxes for some Social Security recipients.