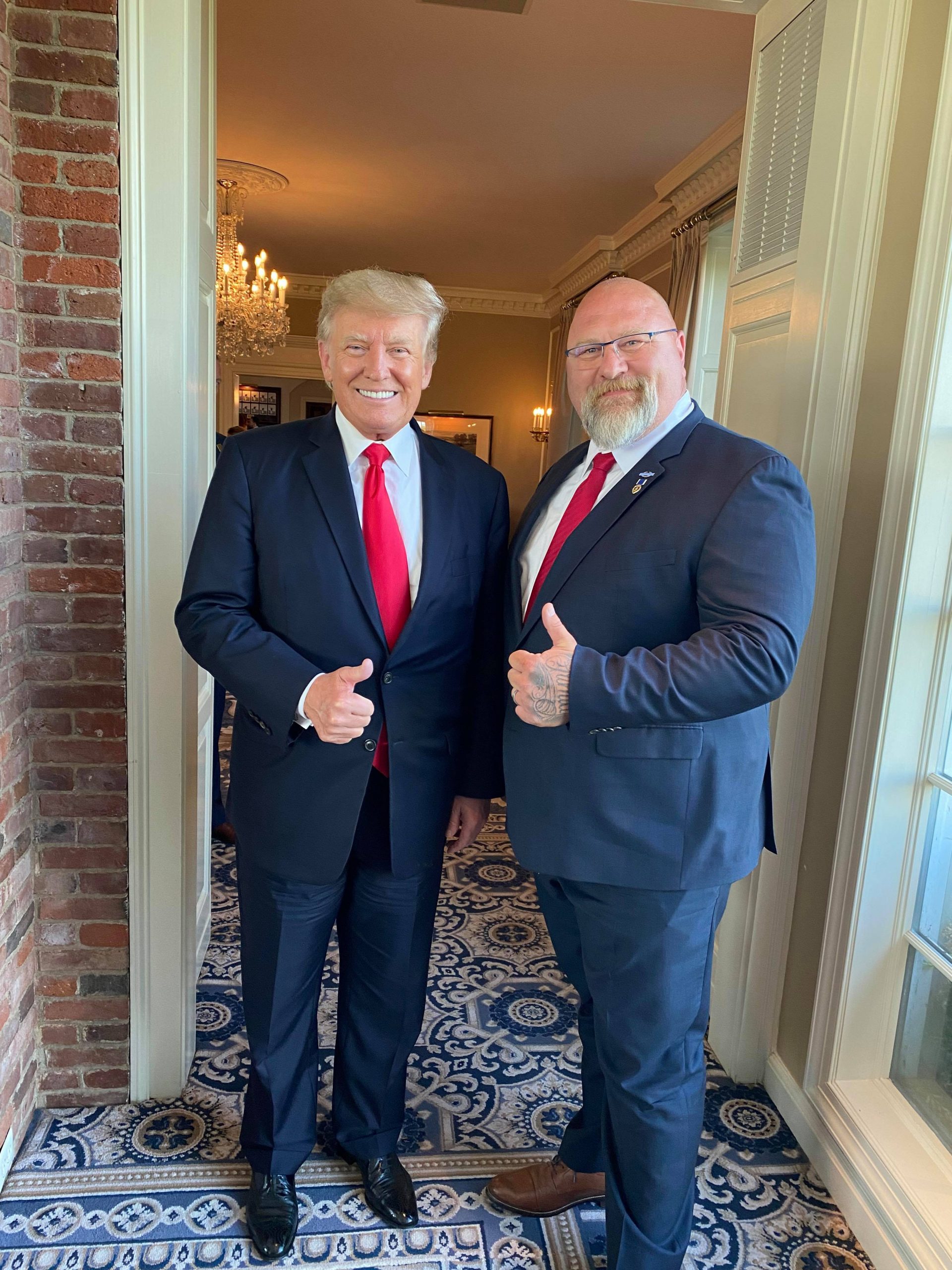 It’s unclear who Donald Trump will back in the GOP race for Congress in Northeast Pa., if anyone, but the former President met with one candidate this week.

Teddy Daniels, a wounded Army combat veteran who finished 2nd in the crowded GOP primary for the 8th District in 2020, sent out a tweet and fundraising email announcing that he met with Trump earlier that afternoon at Trump National Golf Course.

Daniels didn’t respond to PoliticsPA’s request for comment about seeking additional information about the visit.

So far Daniels is currently the lone GOP candidate to file for the 8th Congressional District against Rep. Matt Cartwright (D-Lackawanna), although it’s unlikely he will have a clear path to the nomination.