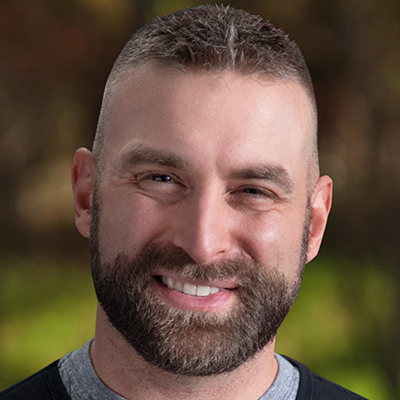 Earl Granville, a decorated war veteran and Veterans’ advocate, announced his candidacy last Thursday for the seat in Northeast Pennsylvania.

In a video announcement, he details his military service beginning in 2001 when he joined the Pennsylvania National Guard to serving several tours in Iraq and Afghanistan. While serving in Afghanistan, Granville suffered severe battlefield wounds and had his left leg amputated.

“When I lost my leg in Afghanistan, the community here in Northeastern Pennsylvania was so good to me. They helped me move forward, especially when my brother Joe passed away,” Granville said. “And I want to give back. I am so grateful for this community. I’m humbled to be from this area. I’m humbled to have grown up here. And I want to show my gratitude…and that’s why I’m running for Congress.”

Granville adds in the release about his announcement that serving in the Army taught him how to serve the country.

“My priorities are clear,” Granville writes on his campaign website. “Help advance the current agenda of putting America First. Protect our borders, while welcoming only those that follow our laws. Make sure every veteran receives the benefits they have been promised. Support our local police and firemen. And keep Iran from ever becoming a nuclear threat.”

In addition to those positions, Granville adds that he supports “healthcare that protects coverage for pre-existing illnesses,” while also keeping families “in charge of their own health decisions” and promised to oppose “government run socialized medicine.” He also said that he will fight against drug companies that “gouge” consumers by “charging unfairly for prescription drugs.”

He also advocates for his belief in term limits on this page of his campaign website.

Although he doesn’t address Cartwright by name on the “Why I’m Running” page of his campaign website, he takes veiled shots at the incumbent saying that he plans to do more than “simply following orders from Nancy Pelosi and fighting for her radical political agenda,” while also criticizing those who support impeachment.

At the time of Granville’s entrance into the race, Cartwright was undecided on the issue of impeachment, but the incumbent penned an op-ed for USA Today on Monday morning announcing his support for impeachment saying that he had been “one of the loudest Democratic voices urging restraint” in the impeachment effort, but views Trump’s actions with Ukraine, if true, as “misconduct even worse than that committed by Richard Nixon.”

In a statement last week from Cartwright’s campaign about Granville’s entrance into the race, he lauded his opponents who have served in the military and hoped the campaign will revolve around issues he believes are most important to the district.

“I now have two opponents who are combat wounded veterans, Teddy Daniels and Earl Granville. And the first thing that I want to express about both of them is my deep admiration for their service and sacrifice for our nation,” Cartwright said in a statement. “It’s no secret that I’m a fan of veterans and that I have worked hard on their behalf my entire time in the Congress. I was thrilled to be named Pennsylvania’s legislator of the year last year by the PA AMVETS for my work on behalf of veterans.”

The policies that Cartwright said he hopes the campaign will revolve around are affordable healthcare, bringing down the costs of prescription medications, and new investments into the area for better paying jobs.

Three Republicans thus far have formally announced a bid for the seat. In August, Teddy Daniels, a former police officer and wounded combat Army veteran, was the first Republican to launch a bid for the seat, while Luzerne County Councilman Harry Haas joined the race in October.