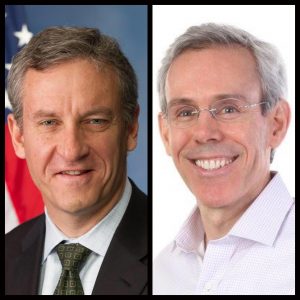 Some welcome news for the GOP in Pennsylvania.

Despite appearing to be on the verge of losing some seats in Pennsylvania for the U.S. House, in part to the new Congressional map, election analyst, Inside Elections, believes a race is tightening in Northeast Pennsylvania.

Chrin’s campaign credits the rating as a swing in momentum starting from recently being added to the NRCC’s “Young Guns” and earning the endorsement from the National Federation of Independent Business (NFIB).

In a statement celebrating the news, Chrin said, “insuring that the tax cuts are not overturned, excessive regulations go away, and there are opportunities for new job creation. My opponent, Matthew Cartwright, voted against the Tax Cuts and Jobs Act and supports its repeal.”

Both candidates have used the GOP tax reform bill to pin against one another.

“Make no mistake that this election is the most important in a generation and the voters here have a chance to set the very direction of our country and the next Congress,” said Cartwright. “I stand with Pennsylvania’s hardworking families and against tax cuts for big corporations and millionaires.”

Chrin’s campaign has touted his background in the private sector as a “outsider and successful business leader with over twenty years of experience in the financial services sector.”

Cartwright pushed back on these claims and believes his opponent is a “Wall Street banker… who made his fortune while hardworking families were losing their jobs and their homes.”