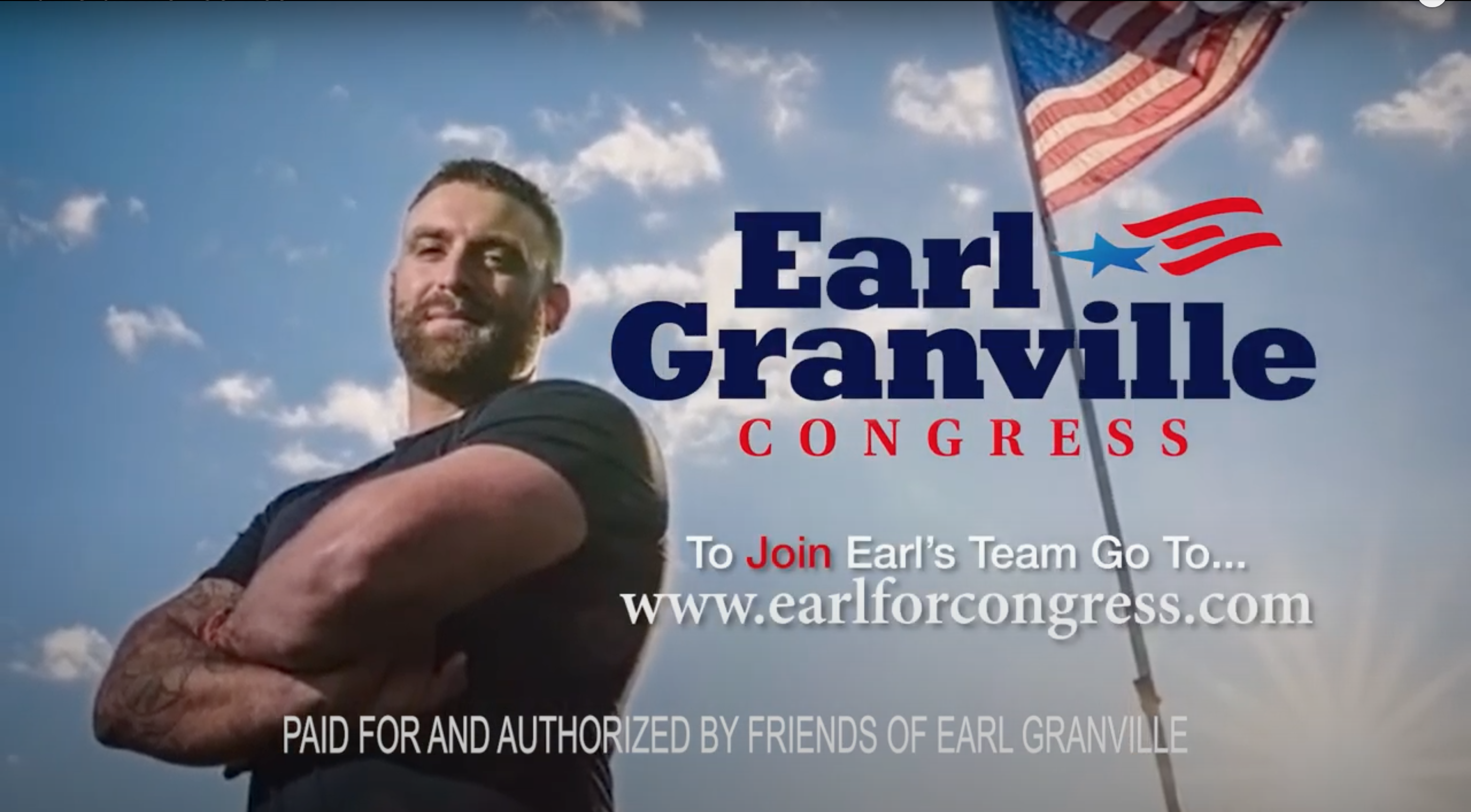 Another Republican in the race for the 8th Congressional District is on television for the last week of the primary campaign.

Earl Granville, a decorated combat veteran and veterans’ advocate, released a 30 second television ad that details his military service and explains why he is running for Congress in Northeastern Pennsylvania.

“First, Earl Granville fought and sacrificed for his country, then he inspired our entire nation,” a voiceover says in the beginning of the spot, “Service.”

The ad then shows a video of Granville that went viral from the Boston Marathon where he is carrying his running guide who was holding an American flag over the finish line of the race.

“When I lost my leg, the community here in Northeastern Pennsylvania was so good to me, and I want to show my gratitude and that’s why I’m running for Congress,” Granville says in the ad.

While serving in Afghanistan, Granville suffered severe battlefield wounds and had his left leg amputated.

The ad continues to say that Granville will “relentlessly fight to protect Northeastern PA conservative values” and urges people to support his campaign.

The image on the screen while the voiceover says he will fight for “Northeastern PA conservative values,” says that Granville is “pro-life, pro-Second Amendment, and pro-Trump.”

The Granville campaign says that this television ad, which launched on Tuesday and will run through the June 2 primary, is the second campaign ad of the cycle. The campaign previously launched an ad during the Super Bowl programming earlier this year, but they described this ad buy as his “first expansive buy.”

Other candidates in the race also on television during the last week of the primary race include Jim Bognet, a former Trump administration appointee, and former Hazleton Mayor Mike Marsicano.