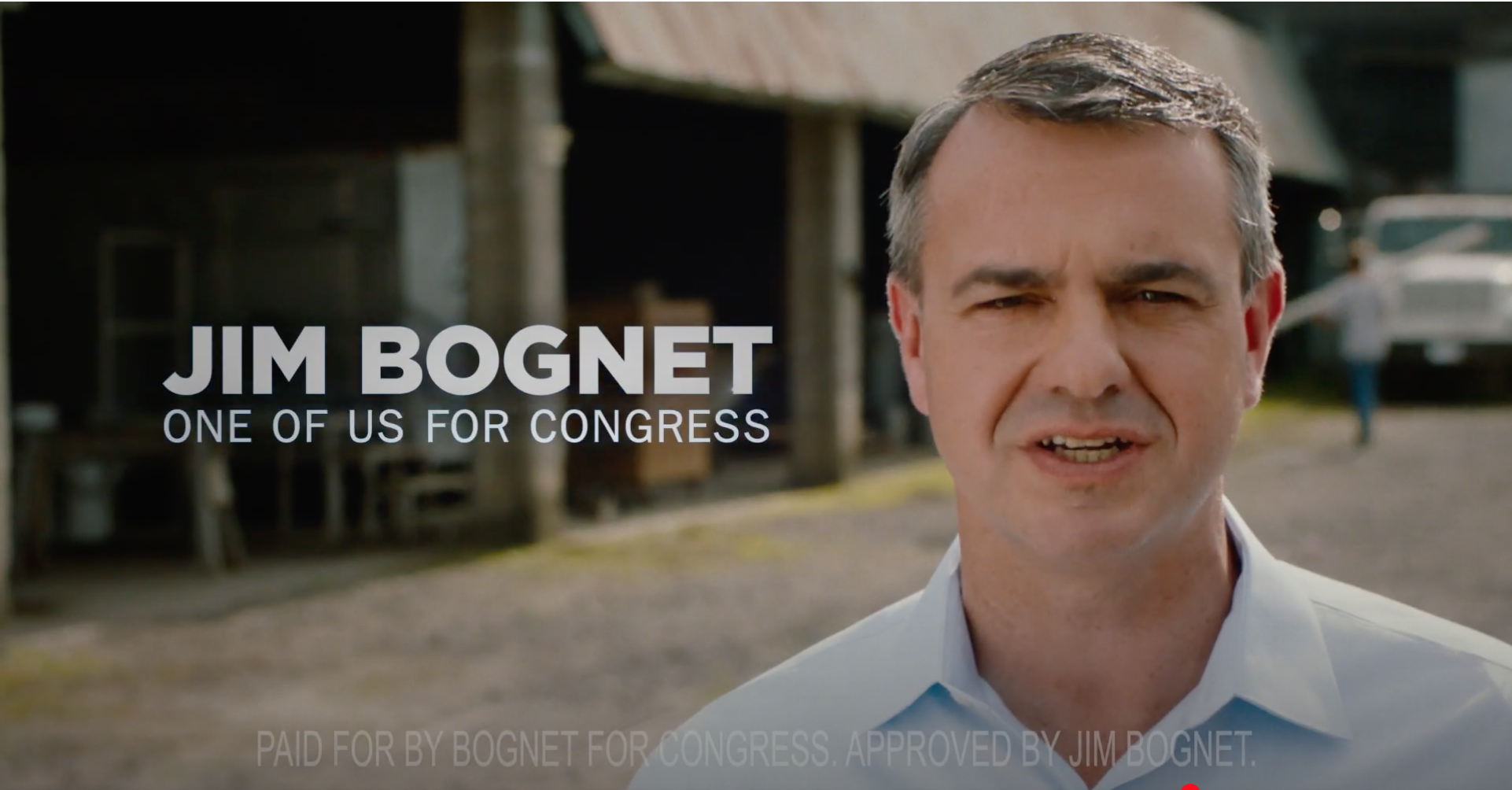 The 30 second spot, titled “Foundation,” begins by explaining his family’s history in the district and describes himself as the candidate who will support “folks who work with their hands.”

“My grandfather built this house. My dad helped build a business. I dug ditches, poured concrete, and studied hard – a foundation for something more,” he says. “I’m Jim Bognet. My campaign is about the folks who work with their hands.”

The Cartwright campaign slammed Bognet for his career working for various GOP candidates across the country, who have advocated for entitlement reforms.

“Jim Bognet has traveled coast to coast trying to elect candidates who want to take Social Security and Medicare benefits from the people who spent their careers working with their hands,” said Cartwright spokesman Matt Slavoski. “Meanwhile, Matt Cartwright has been right here in Northeastern Pennsylvania, fighting to protect their hard-earned benefits and strengthening our economy so all can share in it.”

For over a decade, Bognet has worked on GOP campaigns across the county, including former Rep. Lou Barletta (R-Luzerne), Sen. John McCain and Gov. Mitt Romney’s presidential campaigns, and more.

The ad from Bognet appears to be an effort to get out in front of attacks that Cartwright used in his 9 point reelection victory in 2018 over GOP challenger John Chrin, where he painted his opponent as a carpetbagger who’d cut entitlements and end the Affordable Care Act’s coverage for preexisting conditions.

Bognet’s first TV ad of the general election detailed his support for protecting pre-existing conditions, while explaining his return to the region, due to his father having a heart attack and coming back home to “help out.”