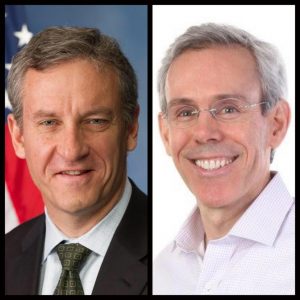 A change in favor of a Pennsylvania Republican.

Sabato believes the newly drawn map should allow the Democrats to gain a couple seats in the House, but believe Republicans have their sights set on the race in the 8th. The 8th district voted for President Trump by about 10 points, which Sabato cited is well ahead of Romney’s 2012 showing for these boundaries. Sabato mentions that Cartwright currently represents “only about half of the voters” in the new PA-8 and dubs Chrin as a “credible self-funder.”

Although the NRCC pulled out from September ad buys in the Pittsburgh market, mainly impacting the race between Reps. Conor Lamb (D-Allegheny) and Keith Rothfus (R-Allegheny), they have decided to invest close to a $500,000 ad buy in the 8th district. The NRCC released an attack ad this week hitting Cartwright on taxes.

The Chrin campaign boasted about this rating change in a press release, yesterday.

Although this was one of three ratings changes for Congressional race in Sabato’s most recent Crystal Ball, the election analyst believes Cartwright remains the favorite. Sabato does believe that this seat is “one of the best half-dozen or so GOP offensive targets on a national playing field where the party is mostly playing defense.”

The Cartwright campaign sees no issue with the ratings.

“The Crystal Ball says Matt Cartwright is favored to win and we believe them,” said Mike Szustak, Cartwright campaign spokesman. “Voters in northeast Pennsylvania are faced with the choice between Congressman Matt Cartwright, who has fought to protect Social Security, worked to expand healthcare to all Pennsylvanians, and brought good paying jobs to our district, or John Chrin, a Wall Street banker from New Jersey who has said he wants to cut Social Security benefits. The choice could not be more clear.”

“The tax cuts coupled with the needed cuts to regulations are clearly working,” Chrin said in the press release. “Our economy is moving again. Hardworking families all across the 8th district are benefiting. And they are realizing the positions that my opponent has held for years, and still hold now, are bad for Northeast Pennsylvania and its future.”