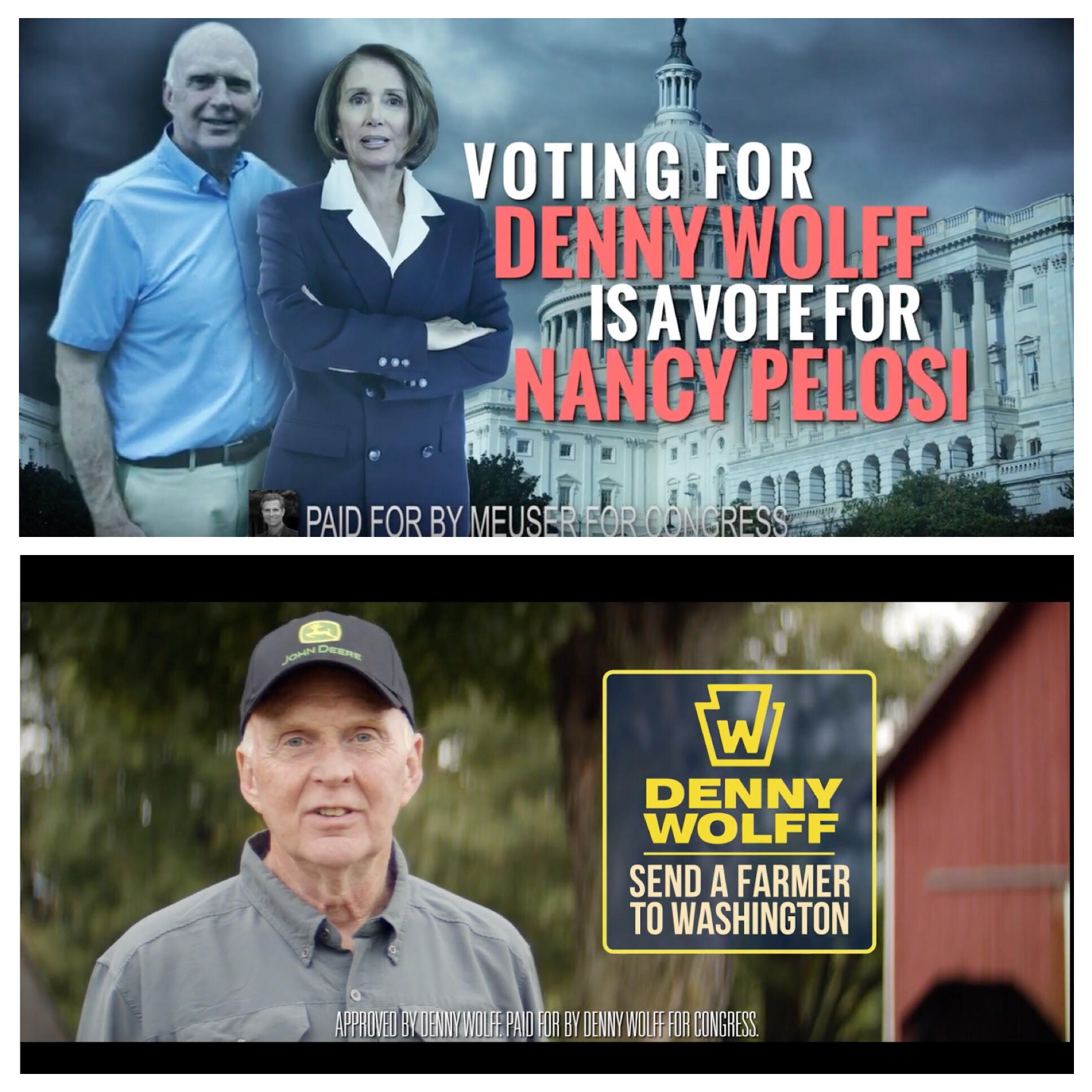 The first round is here.

Republican Dan Meuser and Democrat Denny Wolff, candidates for Pennsylvania’s 11th Congressional district, both have released their first television ads of the general election cycle. Both candidates make the pitch that they know the community’s interests.

Meuser’s 30 second ad, “Our Values” speaks about knowing the community, channeling President Donald Trump by stating to “drain the swamp”, and tying his counterpart to former Democratic Speaker of the House, Rep. Nancy Pelosi.

“Dan Meuser and his wife raise their family in our local community,” the voiceover says to start the ad. “They share our local our values. And Dan’s a longtime local job creator.”

The latter half of the ad paints his opponent as beholden to progressive politicians.

“Denny Wolff was a political appointee who quickly tried to use his experience to make money lobbying the same government he was sworn to serve,” Meuser for Congress spokeswoman Tiffany Cloud said. “How can we trust a lobbyist and extreme liberal to Drain the Swamp in Washington, when he is part of it?”

The Wolff campaign shot back at Meuser’s claim in his first ad by stating his dissatisfaction with Pelosi and provides a punch of his own.

“It’s good to see Dishonest Dan has resurfaced using the same old, tired catchphrase that Denny Wolff supports Nancy Pelosi. No matter how many fake hunting scenes you create or how many times you say ‘local’ to hide your New York roots, voters won’t fall for your lies Dan,” said Keith Pemrick, campaign manager for Denny Wolff. “Fortunately, voters in this district know that as a dairy farmer, Denny is the candidate that shares their values and isn’t a liberal puppet.”

Wolff stated in a PoliticsPA article in August that he would not support Rep. Nancy Pelosi for Speaker of the House if elected to Congress.

Wolff’s first campaign ad, “Work for a Living” details his roots in dairy farming and tries to portray an Independent message to the voters of the GOP friendly district.

“Dairy farming entails a lot of hard work, but it’s been in our blood for generations,” Wolff says in the ad. “Congress desperately needs people who know what it’s like to work for a living.”

The second half of the ad reiterates a bipartisan approach to governing, while touting support for Medicare and Social Security.

“Denny will protect Medicare and Social Security in Washington because no one should cheat you out of it,” the voiceover says in the ad. “I’m Denny Wolff, I approve this message. Send a farmer to clean up Washington.”

The new boundaries, in comparison to the previous 11th District seat held by Rep. Lou Barletta, who is making a bid for the U.S. Senate, is more Republican friendly than before.

If you see this or any ad, I invited you to flag it for me at John@PoliticsPA.com.