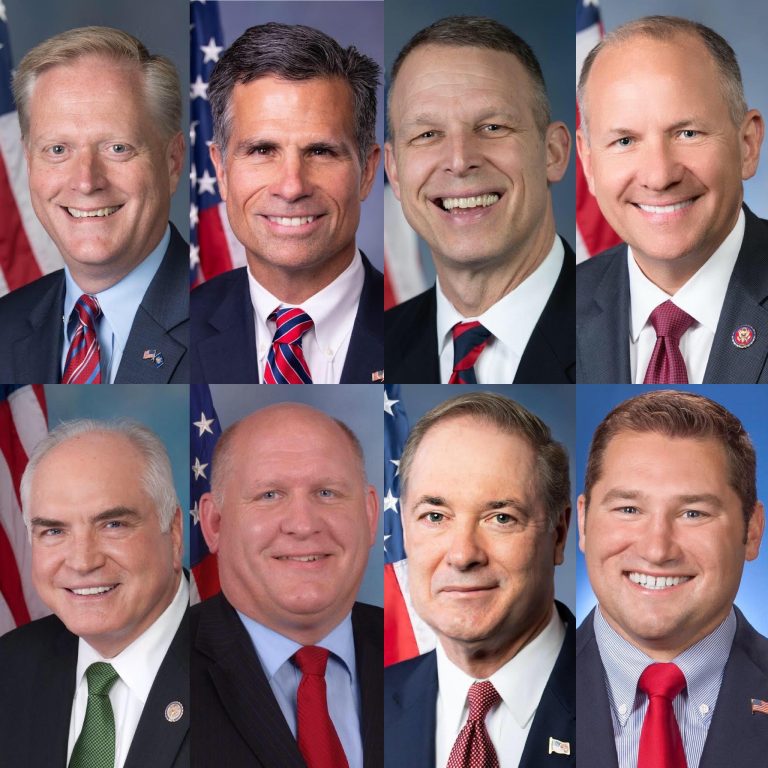 Pennsylvania’s Republicans have begun to rally against Gov. Tom Wolf (D) over his response to the coronavirus pandemic.

In a joint statement issued on Wednesday, eight of the nine members of the state’s GOP congressional delegation issued a joint statement criticizing Wolf’s recent comments earlier this week when he warned that he’d withhold funds from counties that reopen prior to being given the approval under his current plan.

“In a statement issued on Monday, Pennsylvania’s Governor Tom Wolf insulted residents across the Commonwealth by threatening to withhold millions of federal dollars from counties that challenge his arbitrary color coding system for reopening the state,” said Reps. G.T. Thompson (R-Centre), John Joyce (R-Blair), Fred Keller (R-Snyder), Mike Kelly (R-Butler), Dan Meuser (R-Luzerne), Scott Perry (R-York), Guy Reschenthaler (R-Allegheny), and Lloyd Smucker (R-Lancaster). “We remind the Governor these funds were appropriated by Congress for all of Pennsylvania’s counties, not just those who will bend to his will.”

The release continues to describe individuals in counties who want to open up for business despite not being given the green-light as “brave” and disputed Wolf’s statement referring to those opening up early as “surrendering to Coronavirus.” They also add that they view Wolf’s statement as a “slap in the face” to those who are trying to make ends meet during the pandemic.

“The Governor’s rhetoric is irresponsible and continues to put miles of distance between Pennsylvania and a solution,” the statement reads at the end. “He needs a reality check and more sensitivity to the hardships that families across the Commonwealth are experiencing as a result of his continued shutdown. Enough is enough.”

The lone Pennsylvania Republican in the state’s congressional delegation that did not sign on to the joint statement is Rep. Brian Fitzpatrick (R-Bucks), while Sen. Pat Toomey (R) released a statement of his own criticizing Wolf for his comments about withholding funds from those counties.

Although the Pennsylvania Democratic Party didn’t immediately respond for comment to PoliticsPA, they sent out an email on Thursday to supporters urging people to sign their name to “support Governor Wolf, Secretary Levine, and Science.”

“Donald Trump, Pat Toomey, and Harrisburg Republicans are united against their newest common enemy. And no, it’s not the virus that has killed nearly 90,000 Americans,” the email reads at the beginning. “They’ve focused their attacks on Governor Tom Wolf and his administration that’s trying to protect PA lives.”

“Rather than work on bipartisan solutions to a crisis impacting us all, the GOP has spent weeks undermining and verbally assaulting Democratic leadership,” the email continues. “That’s why we’re launching new initiatives to show that voters stand firmly on the side of science and safety.”

On Monday, President Donald Trump shot out a tweet pinpointing Pennsylvania and criticizing Democrats for their response to COVID-19.

“The great people of Pennsylvania want their freedom now, and they are fully aware of what that entails. The Democrats are moving slowly, all over the USA, for political purposes. They would wait until November 3rd if it were up to them. Don’t play politics. Be safe, move quickly!,” Trump said in the tweet.

Wolf responded to Trump’s tweet in a news conference on Monday saying that he’s reopening the state in a “measured way.”

Trump is visiting the Lehigh Valley on Thursday afternoon to an Upper Macungie Township medical equipment distribution center, where he’s expected to talk about coronavirus testing and the equipment needed to combat the pandemic.