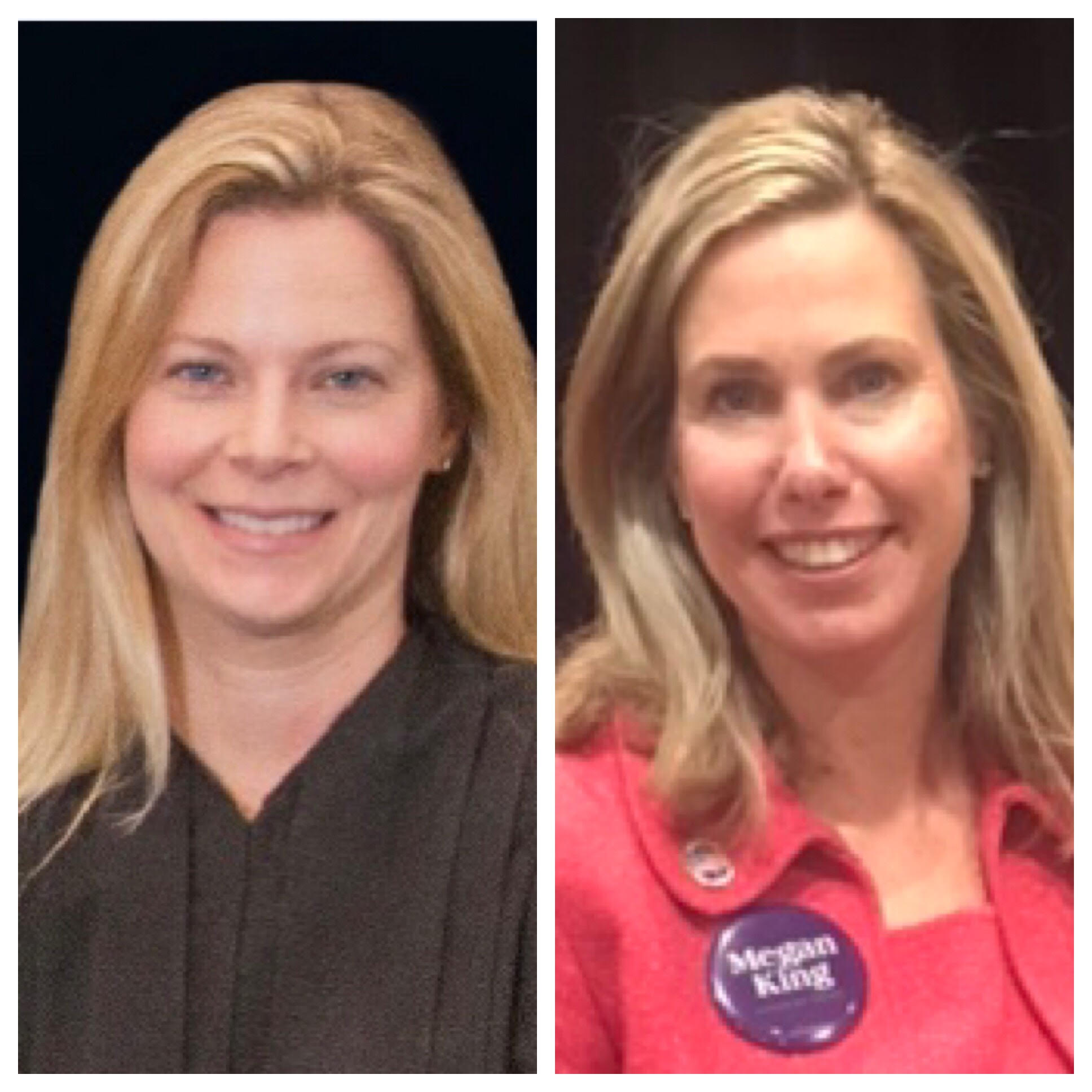 HERSHEY- At the Pennsylvania Republican Party’s first meeting since their lackluster midterm performance, the GOP came together to endorse two Superior Court candidates and voice their dedication to party unity moving into 2020.

Peck discussed working harder than she ever has before to capture a spot on the Superior Court, while detailing the importance of electing Republicans to the court and not taking these races for granted.

“This race as we’ve been hearing about a lot today, it’s not about me, it’s not about any of the other candidates,” Peck said. “Everybody that’s sitting in this room today is here because you care about our country.”

King, who has served in the Chester and Lancaster County District Attorney’s office, was a later entry into the race. She expressed how she was overwhelmed with the support she received and the need for constitutional conservatives on Pennsylvania’s court.

Coming in third place was Montour County District Attorney Rebecca Warren with 131 votes. Warren staged a run for the statewide court seat in 2015, finishing in fifth place in the GOP primary for the state Supreme Court.

Former state Rep. Kate Harper (R-Montgomery) was exploring a bid for the Superior Court, but bailed out of the race before today’s endorsement process.

Val DiGiorgio, Pa. Republican Party Chairman, delivered a passionate 15 minute address before the voting began about the need for party unity and placing the Democrats and the media as their opponents in their path.

“I’ve often said that we cannot have an honest debate with the left in this nation until they admit that they don’t like the principles upon which this country was founded,” he said.

The loudest applause during his address was when he referenced the recent story that went viral between students from Covington Catholic High School and a Native American man at a pro-life rally as an example of how Republicans are at odds with not only Democrats, but the mainstream media.

“We must never forget that the mainstream media is always looking for a way to put us down, to change the narrative of our president, and to push the national talking points of the Democrat party,” DiGiorgio said. “But we must show them that we will not be intimidated and we will not be silenced as the left and their friends in the media try to bully us into submission.” 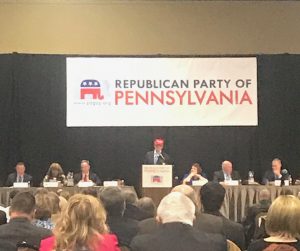 “This is what I say to them,” DiGiorgio said as he placed a “Make America Great Again” hat on his head.

“We need to stop fighting with one another,” DiGiorgio said. “And stop the attacks on fellow Republicans.”

It may have been a veiled reference to intraparty criticism that DiGiorgio himself has faced since he narrowly won the vote to become chairman. A rumored challenge to his leadership never materialized on the floor Saturday.

The PAGOP had its worst election in a decade in 2018. Although the party maintains majorities in the state House and Senate, but experienced losses in both chambers and lost seats in Congress, while being unsuccessful in defeating Democratic incumbents Sen. Bob Casey and Gov. Tom Wolf.

DiGiorgio talked about meeting with Trump 2020 officials and felt optimistic about keeping the state red for the second consecutive presidential election.