PAGOP Hires Isley As Director of Communications and Special Projects 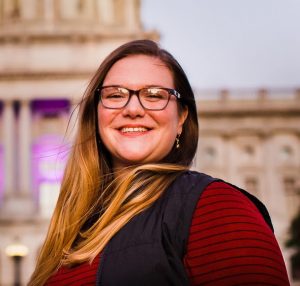 The Pennsylvania Republican Party announced a new addition to its staff on Wednesday afternoon.

The PAGOP sent out a press release announcing Kaytee Isley as the Director of Communications and Special Projects for the state party. The release described Isley’s duties as being responsible for “managing the party’s internal and external communications and spearheading special projects.”

“We are excited to bring Kaytee’s voice into the fold and look forward to her communications and political expertise to further the conservative movement and elect Republican leaders,” said Lawrence Tabas, Chairman of the Republican Party of Pennsylvania.

Isley, a central-PA native, most recently served as Chief of Staff to Rep. Greg Rothman (R-Cumberland) before accepting this role with the state party.

The release from the PAGOP lauds her “half decade of experience in the political arena,” and pointed to her role being an opinion writer for the Harrisburg Patriot-News during the 2016 election, and producing content from a female millennial Republican perspective for the paper.  Isley also was a regular contributor to several online media outlets and podcasts, including NRA News, and was a Senior Advocate for Young Voices out of Washington D.C.

Since Lawrence Tabas was elected chair of the state party in July 2019, he’s brought in a number of new people to roles within the PAGOP. Some of the hires under Tabas over the past year include naming Calvin Tucker as the Director of Engagement and Advancement, Vonne Andring to serve as the Senior Advisor for the Pennsylvania Republican Party, Lycoming County attorney Denie Dieter for the newly created “Compliance Officer” position, Gerry Wosewick as PAGOP Executive Director, Armstrong County GOP Chair Mike Baker as the PAGOP Treasurer, and former Lt. Governor candidate Jeff Bartos as PAGOP Finance Committee Chairman.