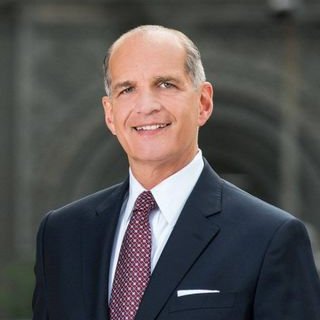 When a new chair is elected, staff changes follow.

This week, PAGOP Chair Lawrence Tabas announced two new hires to the state party, as two staffers have exited, and more changes are expected to be announced in the near future.

On Monday, the state party shot out a press release announcing the creation of a “Compliance Officer” position, which will be led by Lycoming County attorney, Denise Dieter.

“Denise is a very highly regarded, experienced attorney,” Tabas said in a statement. “I have absolute confidence in her ability to expertly communicate expectations and the legal requirements, and to hear and resolve issues with appropriate compassion and respect.”

Since 2009, Dieter served as the Lycoming County Republican Committee’s solicitor, in addition to other oversight roles during that time.

This move appears to be a direct response to the recent sexual harassment scandal first reported by the Philadelphia Inquirer that led to PAGOP Chair Val DiGiorgio’s resignation. The story on June 25 detailed DiGiorgio exchanging sexually charged messages and an “explicit photo” with Philadelphia Republican City Council candidate, Irina Goldstein.

Leading up to the election to succeed DiGiorgio, more reports surfaced that Vice Chair Bernie Comfort, who was vying for the position, ignored sexual harassment claims from women about DiGiorgio.

“Every organization has an obligation to provide a safe, respectful environment and culture,” Tabas said in a statement. “It’s an obligation the PAGOP will take to heart.”

The state party also announced on Tuesday the hiring of Gerry Wosewick as PAGOP Executive Director. Wosewick served as the state party’s finance director from 2013 to 2017 and was once awarded as one of PoliticsPA’s 30 under 30 in 2014.

“Gerry is a charactered, honest man who works hard, is very good at what he does and is respected by all,” Tabas said in a statement. “He has been a tremendous grassroots coalition builder, he’s an expert fundraiser, and has developed critical rapport with congressional and legislative leaders. Gerry will help bring unity to our party and serve our members and candidates well.”

After his role with the state party in 2017, he had a stint working as the political director for the Maryland GOP and later served as an advisor to House Speaker Mike Turzai (R-Allegheny).

Wosewick steps into the role replacing Mike Stoll, who served in the role since January 2018.

The release from the PAGOP lauded Stoll for being a “dedicated Republican for more than two decades” and that he is available to remain with the party through September to assist with the transition.

Two other staffers ended their affiliation with the PAGOP as of the Chairman’s election, opening up more positions to be filled. Sources tell PoliticsPA that Communications Director Jason Gottesman and Political Director Jake Felker are no longer with the party. Both men started serving in those roles with the party in April 2018. Sources tell PoliticsPA that Gottesman is expected to announce a career move next week, while Felker’s next position is unknown.

Changes in the staff positions are commonplace when there’s a changing of the guard in leadership. When DiGiorgio was elected as party chair in 2017, he announced the hiring of a slew of new senior staffers including a new Executive Director, Communications Director, Finance Director and more.