Parnell Added To NRCC “On The Radar” In Young Gun Program 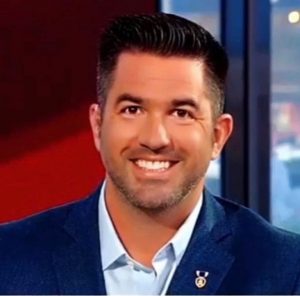 A second Pennsylvania Republican is now “on the radar” for the National Republican Congressional Committee’s 2020 “Young Guns program.”

Sean Parnell, a combat veteran and conservative author who is seeking the GOP nomination for the 17th Congressional District, was added in the NRCC’s fourth round of selections for the program aimed at mentoring and supporting Republican candidates with resources to help run a successful campaign.

In Parnell’s “Young Gun” bio page, it details his military service and adds that he “has quietly become one of America’s most influential advocates for our military.” Parnell is currently one of just over 100 plus candidates thus far “on the radar” for the program and the second Pennsylvanian, joining Lisa Scheller, a former Lehigh County Commissioner and businesswoman who is seeking the GOP nomination for the 7th Congressional District, who was added in the third round of selections to the program in late October.

“We are pleased to add another round of impressive candidates to our Young Guns program,” said House Republican Leader Kevin McCarthy. “The socialist Democrats’ sham impeachment investigation has inspired hundreds of well-qualified candidates to run for office and put the majority well within our reach.”

Parnell is currently one of three Republicans seeking their party’s nomination for the 17th Congressional District to face Rep. Conor Lamb (D-Allegheny). Scott Timko, a former Air Force pilot and small business owner, was the first to formally enter the race against Lamb in August 2019, while Brian Thomsen, a former Green Beret, MBA and business consultant, was the second Republican who entered the race in October 2019.

Although Parnell is currently one of three Republicans attempting to unseat Lamb, he has already received the endorsement from President Donald Trump, who called the congressional hopeful “a great patriot and will do a fantastic job” back in an endorsement tweet this past December. He also recently headlined the Pennsylvania Republican Party Winter Dinner in Harrisburg earlier this month.

The Cook Political Report currently has the seat held by Lamb listed as “Likely Democratic” for 2020.