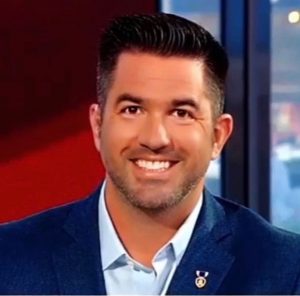 The Pennsylvania Republican Party announced that their upcoming Winter Dinner on Jan. 24 in Harrisburg will be headlined by Sean Parnell, a U.S. Army combat veteran and conservative author, who is seeking the Republican nomination for the 17th Congressional District.

“You haven’t been inspired until you’ve heard Sean Parnell tell his story,” said Lawrence Tabas, PA GOP Chairman. “Sean is a big part of our strategy to ‘Take Back Congress in 2020’. With strong leaders like Sean, we simply cannot lose.”

The Pennsylvania Democratic Party declined to comment about the PA GOP’s Winter Dinner.

Tabas and Parker Poling, Executive Director of the National Republican Campaign Committee, are also slated to speak at the dinner about the upcoming 2020 election and the state party’s goal of flipping a few Democratic held seats in the push to regain a majority in the U.S. House.

The general and VIP reception will begin at 6 PM. The dinner will start at 7 PM.

Prior to the dinner, a press conference will be held at 6 PM addressing the impeachment effort against President Donald Trump. Reps. Fred Keller (R-Snyder), Dan Meuser (R-Luzerne), Scott Perry (R-York), and GT Thompson (R-Center), along with Poling and Tabas are slated to speak.

In December, the state’s Congressional delegation split 9-9 and fell along party lines on forwarding two articles of impeachment against Trump.

On Saturday, state committee members will convene to endorse candidates for Attorney General, Auditor General, and Treasurer. The press release from the state party said that former Allegheny County Councilman Heather Heidelbaugh is currently the lone Republican running for Attorney General. The three candidates seeking the party endorsement for Auditor General are Dauphin County Controller Tim DeFoor, state Rep. Cris Dush (R-Jefferson), and Lancaster County Commissioner Dennis Stuckey. The lone candidate for Treasurer on the list is Stacy Garrity, (Bradford), who sought the GOP nomination for the 12th Congressional seat when it was vacated by Rep. Tom Marino (R-Lycoming).

This story was updated to remove Rep. John Joyce (R-Blair) as a speaker at the press conference addressing impeachment on Friday. Joyce’s office said that the Congressman will be at the March for Life in Washington D.C.