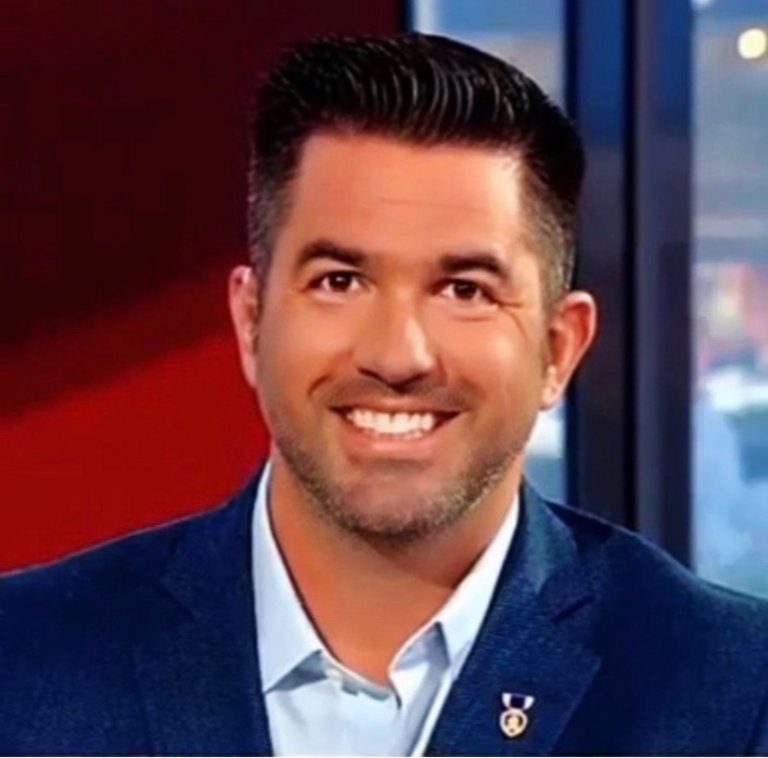 Sean Parnell took center stage at the Republican National Convention on Monday night and delivered a passionate plea to voters on behalf of President Donald Trump’s agenda, while accusing the Democratic Party of being “bloated with contempt for middle America.”

“President Trump unleashed the economic might of this nation like no other President in our history. He triggered the rising tide of working families, brought us energy independence, reclaimed jobs from overseas that Democrats said would never return,” said Parnell, a combat veteran and conservative author who is the GOP nominee for the 17th Congressional District. “He has fiercely defended the besieged First and Second Amendments. That’s just a start.”

“With four more years, imagine what we can achieve by simply working with our President,” Parnell continued. “I believe in our President’s vision for the future.”

He also described the opposition the president has faced as “savage political attacks” and that Trump’s effort to “advance freedom” are being opposed by the “radical left.”

During the speech that was slightly less than 5 minutes, the GOP congressional hopeful also painted a picture of a “New Democrat Party” that has contempt for “middle America” and specifically criticized former Vice President Joe Biden over a confrontation he had with an autoworker over the 2nd Amendment.

“Where Democrats once stood for hard working, law abiding Americans who displayed our flag with pride, this New Democrat party considered them uneducated racists, clinging to guns and Bibles,” Parnell said, according to prepared remarks. “The party of Harry Truman became the party of hedge fund managers, Hollywood celebrities, tech moguls and academia —bloated with contempt for middle America.”

“I watched with alarm as the party of my grandfather—a lifelong union Democrat—turned against the very people it professed to represent,” Parnell said. “I watched as Joe Biden spit venom at an auto worker who dared to question Joe’s intent to dismantle the Second Amendment.”

Biden sparred with an autoworker, who accused the former VP and Democratic presidential hopeful of attempting to “end the 2nd Amendment” in Michigan in March. Despite the claims from that man and Parnell, Biden has not called for the elimination of the 2nd Amendment, but has vouched for banning the manufacturing and sale of assault weapons and high-capacity magazines and touts opposing the National Rifle Association during his career, according to his campaign’s “Gun Safety” page.

Parnell also detailed his military background during the speech.

While Parnell singled out Biden by name, he didn’t make a specific reference to Rep. Conor Lamb (D-Allegheny), who he is attempting to unseat in November.

PoliticsPA is seeking comment from Lamb’s campaign on Parnell’s address.

Last week, Lamb also had the opportunity to take the virtual stage of the Democratic National Convention as one of the 17 “rising stars” in the party to detail their support for Biden’s bid.

Both candidates being featured in the conventions shows the importance of this specific race in western PA. It also provides the chance for both candidates to expand on fundraising for what is expected to be one of the most expensive races in the state this cycle.

Parnell’s first two retweets at the conclusion of his address included links to his fundraising page. Parnell outraised Lamb last quarter, although the Allegheny County Democrat still maintains a cash advantage in the race.

Trump also tweeted out a video of Parnell’s address on Monday night.

The Cook Political Report, Inside Elections, and Larry Sabato’s Crystal Ball all have the race in PA17 as “Likely Democratic,” although Trump narrowly carried these boundaries in 2016 over Sec. Hillary Clinton.