Pennsylvania has some great political blogs, and we want to thank all the people who submitted their nominations for this list. 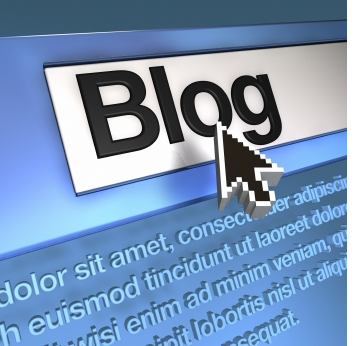 Best Overall Political Blog: Capitol Ideas, Allentown Morning Call
Every elected official and policymaker in Harrisburg reads John Micek’s blog. A mix of policy analysis and back room insider info, this is a one-stop shop for everything going on in the Capitol. The gratuitous soccer references can be forgiven.

Best Blog by an Elected Official

Democrat: Commonwealth Common Sense, Rep. Mike Sturla (D-Lancaster)
If you want to know know the temperature of the Democratic caucus, Sturla’s blog is a good place to look. Behind the press conference podiums, Sturla gives a glimpse of the formation of Dem arguments on legislative issues. He occasionally offers a few spoilers on the caucus’s talking points, too.

Republican: Sen. John Eichelberger’s blog, (R-Blair)
The first rule of a good blog is fresh, concise content. Every day, Eichelberger submits his thoughts on votes the Senate has taken, events in his district, and more. It’s a good mix of political and personal updates.

Philadelphia: Heard in the Hall, Inquirer
This was the toughest choice of the list, given the plethora of excellent political blogs in Philly. But Heard in the Hall sets the standard for blog news coverage in the City of Brotherly Love – campaign politics, City Hall insider chatter, – everything.

This blog, plus the Daily News’ PhillyClout and Philadelphia Weekly’s PhillyNow leave Philadelphians no excuse to be uninformed.

Finally, PhillyDecline is a one-stop-shop for conservatives in the city.

Pittsburgh: 2 Political Junkies
In addition to Early Returns, which we listed earlier, Pittsburgh is served by this long-running, left-leaning run-down of political news in the city, state and country.

As a followup note, we wish the Tribune Review’s ‘Whispers’ Column wasn’t just a weekly.

NEPA: Lu-Lac Political Letter, David Yonki
Thomas Jefferson said were it left to him to decide whether we should have a government without newspapers, or newspapers without a government, “I should not hesitate a moment to prefer the latter.”

Scandal-plagued Northeast PA drives the point home. This is a region with a long, muddy political history. As a result, it has some great political blogs. The Political Letter has been covering NEPA – from school board candidates up to Congressmen – for half a decade.

Lehigh Valley: Lehigh Valley Ramblings, Bernie O’Hare
A mix of local, regional and national news – including some original reporting. Constant, fresh content makes this blog a valuable resource for politicos in the LV.

Northwest PA: Campaign ‘11, Erie Times News
Best place to read about what’s going on in Erie County and City elections, if you’re into that kind of thing.

Pittston Politics, Joe Valenti
This is a strong example of local journalism. Luzerne County politicos from Wilkes-Barre to Harrisburg all read this blog.

StateCollege.com, Adam Smeltz
This blog has been around for a few years, and keeps getting better. Good local coverage, and always a story when a statewide name is in town. His work even made national TV last year.

Best Conservative Blog: PA Water Cooler
We’ve seen this crew at conservative events across the state, and they do a darn good job amalgamating conservative news and opinions from around PA. The blog is especially on target with GOP insider goings on in SEPA.

Other solid conservative blogs include the PennPatriot Blog and Keystone Conservative. And the Commonwealth Foundation’s Policy Blog is a must-read for conservative state government types.

Best Liberal Blog: Pennsylvania Progressive, John Morgan
From local Democratic committee news to Presidential visits, Morgan makes his way all around the state covering events for this blog. And the special election for PA Senate this year gave this blog the chance to shine.

These blogs each received a ton of nominations for this distinction, and honestly they’re both hilarious. They offer something for every humor palate: PhillyNow brings blunt satire, while Capitol Ideas offers wry sarcasm.

Note: The original version of this story accidentally omitted PhillyDecline from mention in the Philadelphia Blogs section, despite it being on the draft of our list.