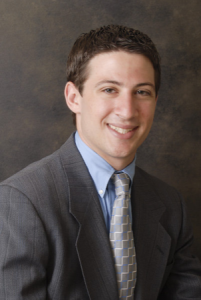 Evan Feinberg has found no shortage of support from the conservative blogosphere for his challenge to Congressman Tim Murphy (R-Allegheny). Erik Erickson, publisher of the blog RedState, has routinely highlighted Feinberg and his campaign.

Now Senators Tom Corburn of Oklahoma and Rand Paul of Kentucky, both of whom employed Feinberg as a legislative aide, are considering throwing their support behind him.

“I think he’s a very smart young man and we haven’t made a final decision whether we’re going to actually be actively involved in the campaign but I do wish him luck and I think he’d be a great congressman,” Paul told The Hill. When asked about what he thought of Murphy, Paul declined to comment.

Coburn suggested that he would get involved in the race. “I’ll have an announcement after the first of the year on that,” he said. When asked about Murphy he said “I don’t know him well enough.”

Those high-profile supporters, who enjoy iconic status among national conservatives, would make it easier for Feinberg to boost his image and raise money. Only Sen. Jim DeMint (R-SC) his stronger influence among Senate conservatives. It’s no wonder the 27 year-old’s campaign has prioritized outreach to them and other national groups.

A spokesperson for the Tea Party Express, a powerful national conservative organiztion that was largely responsible for the 2010 primary victories of Joe Miller in Alaska and Christine O’Donnell in Delaware, said the group hasn’t assessed its House targets yet. Look for that kind of decision after the new year, he said.

Murphy, via chief of staff Susan Mosychuk, dismissed the rumors and offered kind words for Coburn and Paul.

“Congressman Murphy respects and admires Senator Coburn and Senator Paul for their distinguished record of service to the people of Oklahoma and Kentucky,” Mosychuk said. “Murphy will continue to work hard for the families of Southwestern Pennsylvania and the 18th congressional district.”

Feinberg is a native of Peters Township, Washington County. This fall he moved from Washington D.C. to Upper St. Clair – Murphy’s home municipality.