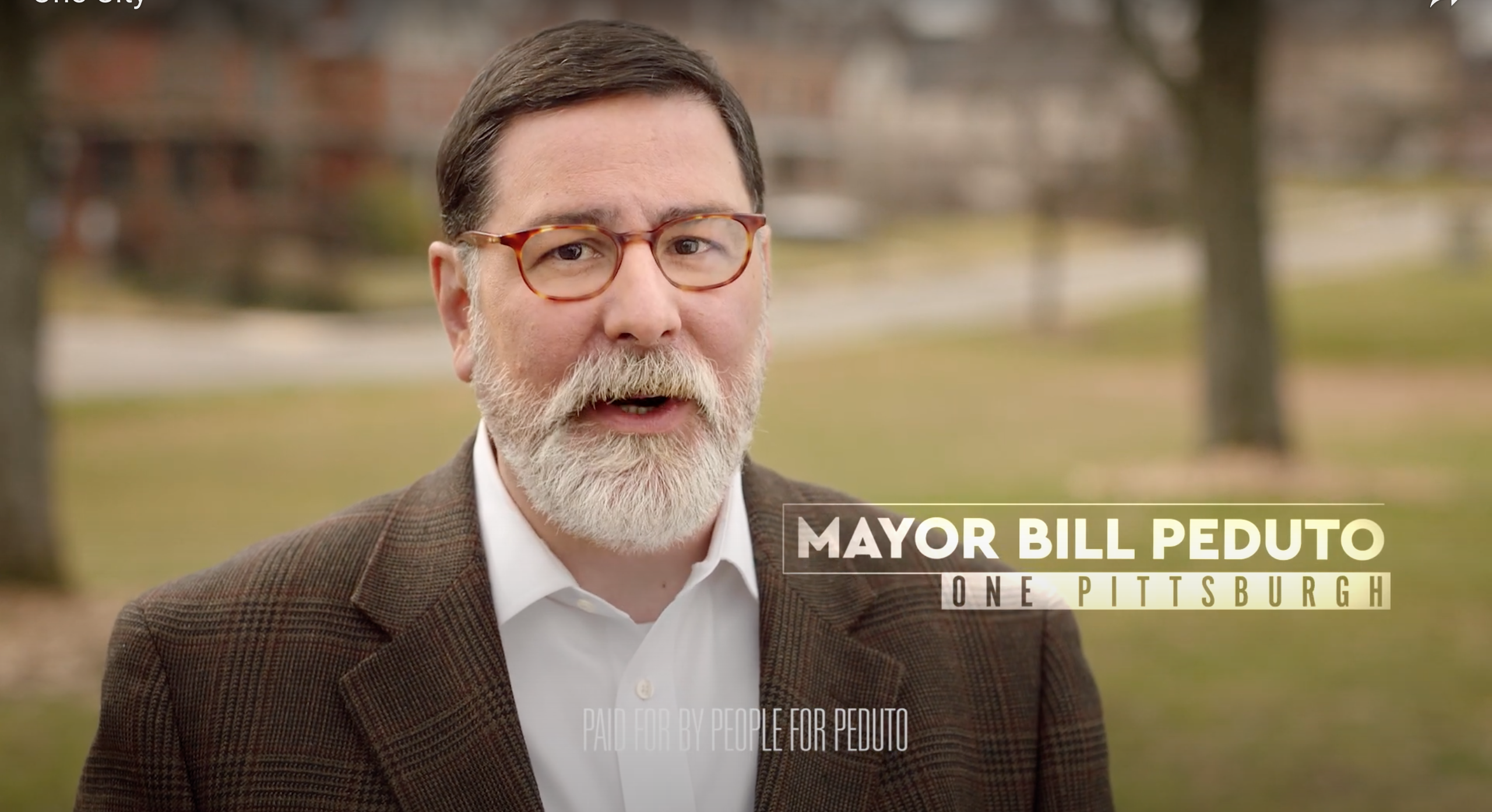 Pittsburgh Mayor Bill Peduto released his first TV ads of the 2021 primary campaign, and they were far from a victory lap.

The spots, 30 seconds and 15 seconds respectively, show the Mayor straight to camera, implicitly addressing criticisms that have been a running theme of his opponents’ campaigns.

“People say we’re one of the most livable cities, but the question is: ‘for who?’” says Peduto at the beginning of the 30 second spot. “For too long we’ve had a white Pittsburgh and a Black Pittsburgh, and I’ve worked hard to change that. But we’re not there yet.”

“We have to come together with a new culture in the police department and a new commitment to equality in housing, public safety, and education.”

A spokesperson from Peduto’s campaign confirmed that these ads are a part of a TV and digital buy and went on air today.

Peduto’s challenger and erstwhile ally, Ed Gainey, argued that the State Representative set the agenda for the debate.

“From day one of his campaign, Representative Ed Gainey has been talking about three critical issues: police accountability, our affordable housing crisis, and the massive inequities holding Pittsburghers back,” said Gainey. “The Mayor’s message shows that he now knows what the voters are saying about his eight years in office: he has failed to deliver in the biggest issues facing our city. Pittsburghers are tired of hollow promises. And on May 18, Ed Gainey is going to bring the change we need to take these issues on for real.”

“Bill Peduto’s been in city politics for decades, and the problems he talks about in his campaign commercials are all problems that he created,” said Moreno. “He’s talked about these problems for almost 20 years, all he does is talk about problems, and he hasn’t solved any of them. In fact, he’s made the city worse, because Bill Peduto has no clue on how to run an effective police department. But I do! And that’s why I’m asking voters to fire Bill Peduto on May 18th and elect me so that we can work together to take Pittsburgh in a better direction.”

Moreno was the first candidate to go on TV, with a series of quirky 5-second spots.

The message Peduto shared in his campaign ad were a point of emphasis in the first mayoral debate, which took place last Friday.

This story was updated to correct that the comment is from Gainey and not a spokesperson from his campaign.