Pence Returns to Pa. for Rothfus

Less than a week after he appeared in Philadelphia to give the nod to gubernatorial candidate Scott Wagner, Vice President Mike Pence returned to the commonwealth to stump for another Republican. 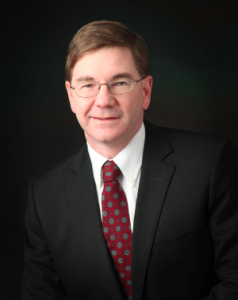 Like last week’s event, which was a fundraiser for the Republican Governors Association, Saturday’s was a private fundraiser as well, though this one benefited Rothfus’ campaign directly.

According to the Pittsburgh Post-Gazette, Pence told a crowd of about 100 supporters to back Rothfus, a good man “who has proven his worth.”

He said keeping the seat in Republican hands is important to “moving things in the right direction in Washington D.C.”

Rothfus is running against Conor Lamb in the newly redrawn PA-17. In his speech, Pench went after Lamb’s voting record in PA-18, a seat Lamb won in a special election earlier this year.

“Congressman Conor Lamb has been voting with the Nancy Pelosi liberals 90 percent of the time and your neighbors deserve to know it,” Pence said.

Pence’s last visit to the Pittsburgh area was in February, when he advocated for Lamb’s special election opponent, Rick Saccone. Pence’s visit raised $250,000 for the race.

When the vice president visited Philadelphia on Tuesday, the event drew a crowd of protesters angry over Trump’s immigration policy separating parents from their children at the U.S.-Mexico border.

Many politicians across the country had taken turns denouncing the practice, which became a lightning rod of criticism until Trump ultimately announced he would reverse the policy.

Rothfus told reporters he disagreed with how the administration’s immigration policy was portrayed, saying children were not being “permanently separated” from their families, and went on to add that “The president has, again, signed an executive order this week to pull back with that.”

He added that the country’s immigration issues are ongoing and America’s borders have to be secure.

The Rothfus-Lamb race is expected to be one of the most-watched this fall.