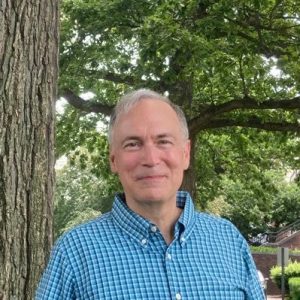 A longtime professor at the University of Pennsylvania has joined the 2022 Democratic race for U.S. Senate.

Eric Orts, a professor at Penn’s Wharton School of Business, announced his candidacy for the U.S. Senate race on Thursday. Orts describes himself as the only candidate that is making combating climate change “the centerpiece of his campaign.”

“For far too long, politicians have sat on their heels and let the worst environmental and economic crisis of our era spiral out of control,” Orts said in a press release announcing his candidacy. “We have the tools, technology and people to solve the climate emergency — what’s lacking are the leaders who are willing to see it through.”

“I’m excited to take this step today because we need a candidate with an independent vision who is ready to lead beyond our divisions and take action on this existential challenge and so many others,” he continued. “I can’t wait to hear directly from Pennyslvanians in the coming months on the issues that matter most to them and work together to build a prosperous and inclusive future that will leave no one behind.”

Although Orts is a lifelong Democrat, he called out President Joe Biden’s administration in his campaign announcement and accused them of “moving too slowly on climate” and pressed them to declare the matter a national emergency.

“After a great start, President Biden is making a serious error in trusting Republican leadership in the Senate to negotiate in good faith on the most important issue of our lifetime,” Orts said. “We can’t trust Mitch McConnell to agree to a bipartisan bill, and we’re wasting precious time.”

“President Biden needs to focus on getting as much climate infrastructure and other priorities through the reconciliation budget process as possible. We’re seeing too many half measures, when we need full measures,” he continued. “It’s time for the President to declare the climate crisis to be a national emergency, which will unlock significant executive powers to act on priorities for renewable energy, transportation, and more.”

Orts, who has taught business ethics, environmental responsibility, and corporate law for almost thirty years at Penn, also released an announcement video that details his background, while laying out the matters he believes are most important to the state.

While Orts stressed climate change also as the “key to job creation and the economic future of the state,” he said that his campaign will also emphasize “democracy reform, voting rights, criminal justice, and an ethical economy as key ingredients for a climate-resilient future.”

Although Orts formally declared his candidacy on Thursday, he’s been mulling a run for the statewide office for months.

He launched an exploratory committee in December for the U.S. Senate.

Orts, who grew up in a steel-and-coal town on the Ohio River sixty miles from Pittsburgh, currently resides in West Philadelphia with his wife, Julie.

He joins an increasingly crowded Democratic field for the 2022 race.

There are also several Republicans that have already declared their candidacies in the race to succeed outgoing Sen. Pat Toomey.