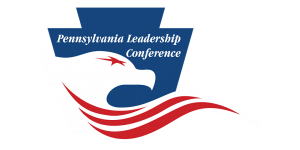 The annual conservative gathering officially has a new date for this year.

The Pennsylvania Leadership Conference, which was slated to take place this past weekend in Camp Hill, has been rescheduled for September 25-26 due to the current restrictions on large gatherings from COVID-19.

A release from the conference announced the new official date this morning and that the upcoming days will include additional details about the September get-together at the Radisson Hotel.

One thing that will remain unchanged from the conference that was previously planned is the featured speaker – former Congressman and current Fox News contributor Jason Chaffetz. In addition to hearing from Chaffetz, former Sen. Rick Sanatorum is also slated to speak at the conference in September. A spokesperson from the conference said that they are currently in the process of reaching out to confirm other speakers and panelists as well.

At the group’s 2019 gathering, which was their 30th annual conference, combating socialism was the topic of conversation with speeches from Sen. Pat Toomey, Rep. Scott Perry (R-York), and a number of other leading conservatives in Pennsylvania.

Information about this year’s event can be found here.