Pennsylvania Stakes Its Claim as the Center of the Political Universe 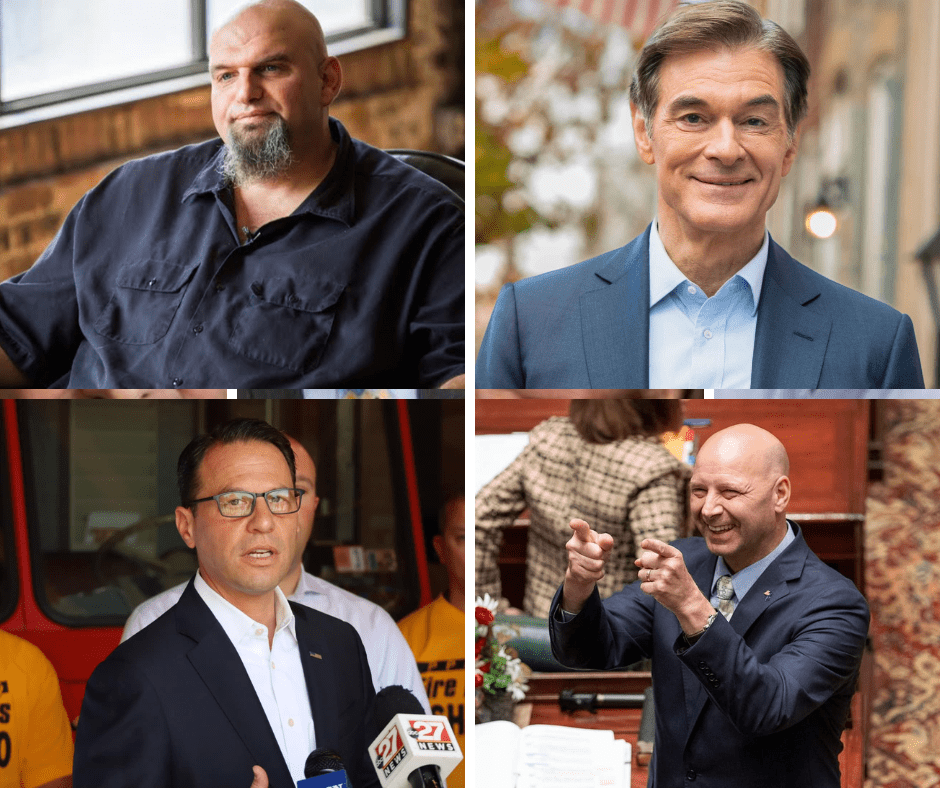 We’ve always known how important the Keystone State is to national politics. Now the rest of the country is catching up.

With high-stakes, competitive races for the U.S. Senate – which could determine control of the chamber – and the governor’s mansion – which could decide the fate of abortion rights in the Commonwealth – Pennsylvania is THE state to watch this fall.

“It’s always a heavily contested state in presidential elections as well as statewide elections, and this year, we happen to have two of the biggest races in the country,” said Democratic Senator Bob Casey to Katie Glueck of the New York Times. “The nation’s watching to see what will happen.”

The U.S. Senate race to fill the Commonwealth’s open seat is one of the most closely-watched in the country, as Democrat John Fetterman and Republican Mehmet Oz vie to replace Senator Pat Toomey. With the chamber currently split 50-50, both sides desperately need a win in their quest to become the majority party.

On one side, there is Fetterman – the “nontraditional” hoodie and shorts-wearing 6-foot-8  politician, who serves as Pennsylvania’s lieutenant governor. Compare that to Oz – the celebrity doctor with a star on the Hollywood Walk of Fame. Oz received the endorsement of former president Donald Trump that helped carry him across the finish line in the May primary. Although Oz campaigned alongside Trump on Saturday, the candidate’s website has been scrubbed of most signs indicating a close link between the two.

Add to the equation Fetterman’s stroke prior to the primary that has inhibited his ability to get out on the road and campaign.

“Mr. Fetterman has to show a presence so that he can show people that he’s healthy and he’s able to fill that position without a health issue,” said Mayor George C. Brown of Wilkes-Barre, adding that he expected Fetterman, whom he supports, would do so more visibly as the race unfolds. “Come out, do some rallies, talk to people.”

“Unfortunately, the way that some of this campaigning is going, it shows that there’s an issue with Mr. Fetterman’s health, and I can’t say that, because I’ve never really spoken to the man,” he added in a Wednesday interview.

AdImpact, the ad tracking firm, projects that over $261 million will be spent on the Pennsylvania Senate race.

The PoliticsPA average of polls shows Fetterman with a nine-point lead over Oz, although three of the last four polls have had a 4-5 point difference.

The governor’s chase between Democrat Josh Shapiro and Republican Doug Mastriano has drawn national attention as well. Shapiro, the Commonwealth’s Attorney General, has called the state senator from Franklin County, “dangerous” and “extreme.” Mastriano has openly questioned the results of the 2020 presidential election, was present on Jan. 6, 2021, at the insurrection in Washington, D.C., and has said that he will severely limit abortion rights in the state.

The issue of reproductive rights has risen to the top of the minds of many Commonwealth voters. Shapiro has cast himself as a protector of abortion rights against PA’s Republican-controlled legislature. Mastriano, who also campaigned with Trump last weekend, has worked mostly to solidify the GOP base and has not spoken with most traditional media outlets about his platform.

It is projected that Pennsylvania will spend approximately $115 million on the governor’s race, according to AmImpact.

The PoliticsPA average of polls shows Shapiro with a nearly eight-point lead over Mastriano, although two of the last three polls have had a 3-4 point difference.

The lessons of 2016 are being heard by the Shapiro campaign, as few expected Trump to come away a White House winner. Will a silent majority of GOP voters come out to the polls in support of Mastriano?

Pennsylvania “plays an important part in both the former president’s history and narrative as well as the current president’s,” said David Urban, a Republican strategist who helped run Trump’s Pennsylvania operation in 2016.

Nodding to the possibility that both Trump and President Joe Biden may seek the presidency in 2024, he added, “Past may be prologue here. You may see both the former president and the current president duking it out in Pennsylvania again.”