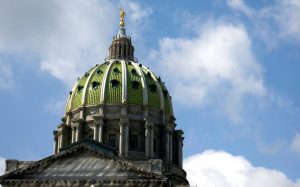 Here they are, Pennsylvania’s top politicos under age 30. These are the men and women who will be running the show in a few years – if they aren’t already.

Jon had to take over the job from Lance Stange but the incumbent Congressman did not suffer. In fact, operations ran so smoothly that Barletta was able to spend a significant amount of time with his chosen candidate Donald Trump. Jon is now one of the few twenty-somethings with a winning Congressional campaign on his resume.

Carson travelled the state for about a year and a half working for the GOP’s nominee for Attorney General. He’s sure to have a quick climb up the ladder of Republican politics in the Keystone State.

It’s not easy to be an outspoken maverick in your party. Yet Charlie Dent is able to do it. A big reason for that is the fundraising prowess Jessica brings to the table. Seven-digit warchests can buy a lot of breathing room.

One of the major trends in PA over the past few years is the growth of the GOP in Southwest PA. This movement was accelerated by Donald Trump and ended up being critical to his victory. Amanda was the person making sure that was the case after previous experience as a field director in the area.

It’s no secret this was a tough year for Democrats. Among their electoral casualties was State Senator Rob Teplitz. It was not for lack of trying, however, as Charles led an energetic campaign that outperformed many others in the Northeast. We’ll see more of him in the future.

Aaron started the year off working for Congressman Mike Fitzpatrick but left D.C. to work on Brian Fitzpatrick’s campaign. The GOP candidate was the Democrats’ top target and running as the younger brother of the incumbent in an anti-establishment atmosphere. With Aaron’s help, though, Fitzpatrick ran a flawless race and we soon take replace his sibling in the House.

Any regular viewer of news programming in Harrisburg has witnessed Brittany deliver political analysis on the issues of the day countless times. A member of the team at the lobbying and consulting firm Triad Strategies, long-time readers will also remember her as a former Managing Editor of this very website.

Philadelphia was a major facet of Hillary Clinton’s campaign strategy for Pennsylvania. They believed that if she could secure a 450,000 vote margin in the city it would be enough to win the state. Obviously that wasn’t the case, but lost in the aftermath is that Darrell made sure Clinton did pass that threshold in Philly. Before his work on the presidential level, Darrell also worked for Mayor Jim Kenney.

Campaigns aren’t worth much if they can’t communicate their message to voters. Paul helped the PA GOP by taking the reins on several press conferences and playing a major part of the party’s day-to-day outreach operations.

The Harrisburg firm uses Jake whenever they need someone to lend a guiding hand. He’s done whip counts at state committee, staffed clients at events and even accompanied candidates while knocking on doors.

Brandon is attending Shippensburg University and is already a rising star among people in the know. Even before his work with the College Republicans, Brandon was a volunteer in rapidly changing Luzerne County. Keep an eye out for this one when he graduates or perhaps even before then.

Speaking of major responsibilities, Katie was in charge of turning out women for the Clinton campaign. This was arguably the main goal of the Democratic nominee and Katie was tasked with this objective in a major swing state. She also worked at the DNC in Philly and for Senator Casey.

Dana is already one of the most highly-regarded campaign operatives around. Politicos around Harrisburg couldn’t have spoken more highly of her. This year she was a major part in Josh Shapiro’s effort to obtain the position of Attorney General.

Talk about baptism by fire. Try being the Western PA fundraiser for the incumbent in the most expensive Senate race of all-time. David gets a share of the credit of that $29 million total.

Dan ran the PA GOP direct mail operation this past year. In fact, 2016 turned out to be a record-setting election cycle for direct mail. He also played a key role during the party’s various state meetings this year.

In a world where a Twitter account can now propel you to the presidency, social media is more important than ever. Nobody understands that better than Zainab who has the best Twitter account in the commonwealth. You can check it out here.

Philadelphia was of course the home of the Democratic National Convention this past July. Kelli was in charge of coordinating the massive amount of content generated by that four-day extravaganza. Her previous experience includes a stint on the Obama 2012 re-election team.

Toomey’s journey to a second term was one of 2016’s more impressive political accomplishments. James played a key role for the Senator as his point man in the Northeast, including counties like Lackawanna and Luzerne that ended up making all the difference.

Melissa has been with Rittenhouse Political Partners for over a year now and was quite active this year with Represent PA. Represent is a PAC focused on electing women throughout the commonwealth. Pennsylvania has lagged behind other states when it comes to female representation and young women like Melissa are working to change that.

Theo was originally a Legislative Correspondent in the Senator’s DC office but took a break to aid the campaign. He headed up the campaign’s vital research and policy department. After Sen. Toomey’s victory on Nov. 8th, Merkel went back to D.C. to resume his work in the Capital.

Dominique has already made an impact on the SDCC by developing a mentorship program for interns which reaches out to young women of color. She also played a big role in Jared Solomon’s successful primary campaign earlier this year.

The retirement of Congressman Joe Pitts presented State Senator Lloyd Smucker with a major opportunity, and a significant challenge. The lawmaker had to win a contested primary and one of the few general election contests where that the DCCC targeted. Zach ran a steady ship and eventually cruised to victory.

It was a banner year for the SRCC as they accumulated a veto-proof majority. Katie was everywhere she was needed, aiding fundraising efforts and GOTV in the final days. She played an important role during a historic cycle for the SRCC.

This summer, Alexandra got the opportunity to do something only a select few ever get a chance to. She spoke at the Republican National Convention in Cleveland. The Montgomery County native has made a number of cable news appearances as well. Definitely prepare to see more of her in the future.

Due to his narrow 2010 margin, Pat Toomey had to immediately begin running for re-election. It was an intense battle as Democrats put substantial effort into getting their preferred candidate selected as the nominee. Such a campaign requires a massive warchest and Jennifer made sure Senator Toomey had a record-breaking one. That may have made all the difference.

Maintaining a coalition is always a difficult task. Maintaining relations between the insurgent Trump campaign and the Republican establishment, however, was a true extraordinary challenge. Yet Andrew was able to handle field, communications and political outreach to those all-important social conservatives.

The biggest names in the State House turn to Colleen for cash. Among her clients are incoming Appropriations Chairman Stan Saylor and Policy Chairman Kerry Benninghoff. She’s also worked for Speaker Mike Turzai as well as Congressman Tim Murphy.

While the PA-16 was an open contest, nobody really gave Democratic nominee Christina Hartman a chance. Nonetheless, Hartman secured the support of EMILY’s List, the DCCC and even kept pace in the fundraising battle. The Democrat ultimately fell short, but it was still an impressive campaign that Mike ran and it captured the attention of many PA politicos.

Data has gotten a bit of a bad rep ever since Trump’s improbable victory last month but it’s easy to forget just how revered it was before then. Data operations definitely still have their place in politics and Megan is one of the brightest young minds when it comes to the subject. She is also President of the Young Democrats.