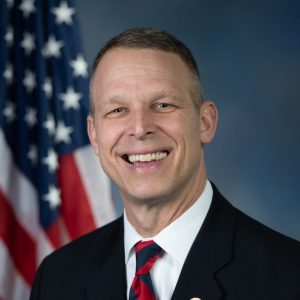 Rep. Scott Perry (R-York) is among 27 House Republicans calling for President Donald Trump to direct Attorney General Bill Barr to appoint a Special Counsel to investigate the results of the 2020 election.

According to the joint letter, obtained by Politico, the 27 conservative Republicans claim that the “irregularities” in the 2020 presidential election warrants the Special Counsel.

“The American people deserve a definitive resolution to the uncertainty hovering over the outcome of our election, but legitimate questions of voter fraud remain unanswered,” written in the joint letter. “The Department of Justice has been asked on multiple occasions to launch an investigation into this matter, but inaction from the Department along with public comments made by the Attorney General indicate a lack of willingness to investigate the irregularities your campaign and other elected officials across the nation have alleged.”

“The appointment of a Special Counsel would establish a team of investigators whose sole responsibility is to uncover the truth and provide the certainty America needs,” the letter continues. “We urge you to take swift and decisive action and direct Attorney General Barr to appoint a Special Counsel to restore the American people’s faith in our elections.”

Although the Trump campaign and other Republican allies have alleged voter fraud, Barr disputed the president’s claims last week and said that the Justice Department found no evidence of widespread fraud that could change the outcome of the presidential election.

Perry is the lone Pennsylvania elected official to sign on to the latest letter.

In addition to the joint letter, Perry was also quoted by the Washington Post earlier this week, saying that he’d dispute the state’s electors for Biden.