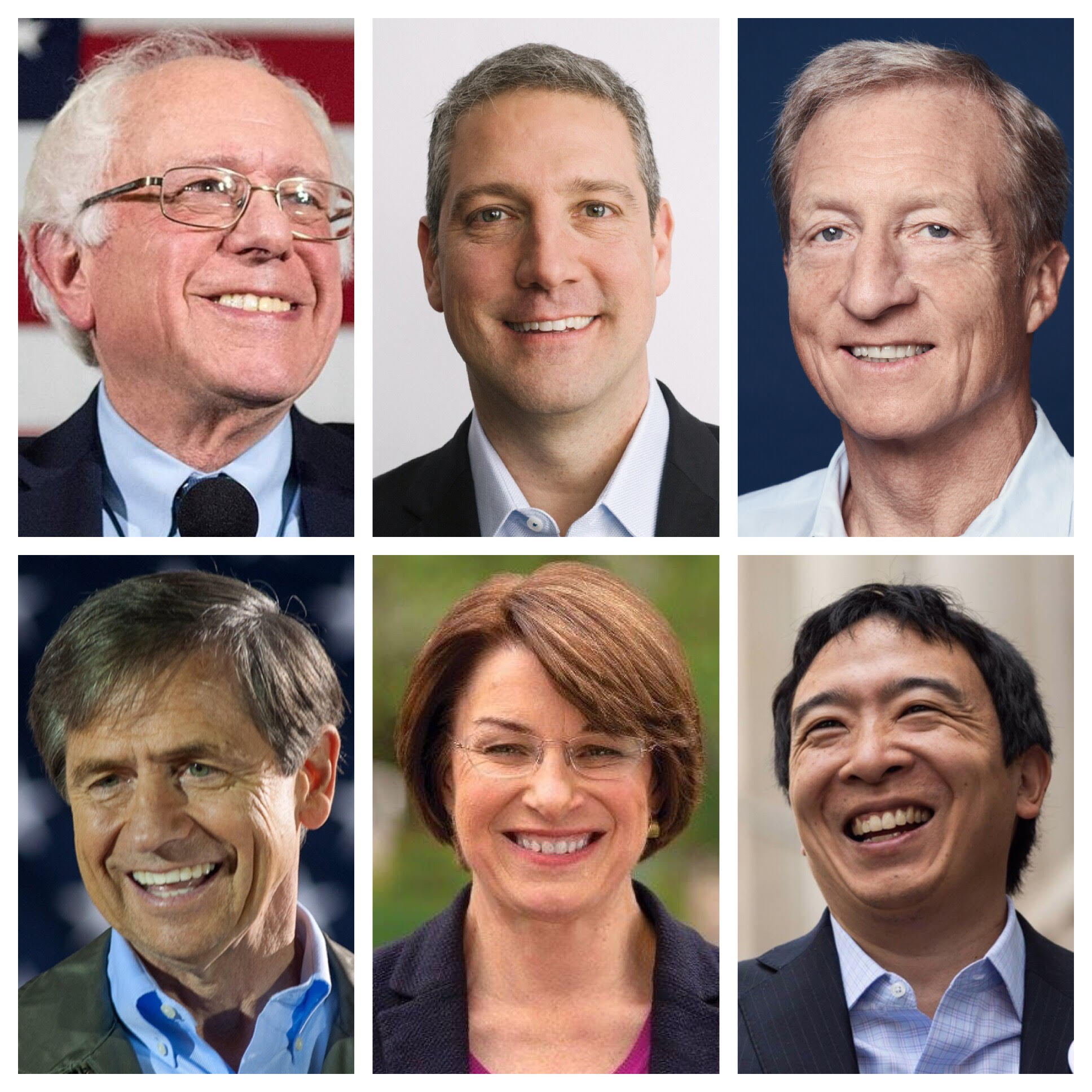 Several Democratic presidential hopefuls will head to Philadelphia next week to discuss labor issues at the Philadelphia Council of the AFL-CIO’s first-ever “Workers’ Presidential Summit.”

In a release from the AFL-CIO about the event, they describe the group planning the event to have an “urgent conversation” with the 2020 Democratic presidential nominees about the need for more union jobs in America and to see where they stand on “key labor issues”.

“It’s no secret that winning Pennsylvania will be key to winning the Presidency — and that working-class voters hold that key. This summit will showcase frank talk between Democratic candidates and union members from every industry about which of them will do the best job standing up for working people in the White House,” said Pat Eiding, president of the Philadelphia Council, AFL-CIO. “On Tuesday, September 17, Pennsylvania’s working families will begin to decide who, as the Democratic nominee for President, is best suited to bring about the changes necessary to deliver more union jobs and greater equality to our state and to our nation.”

The six candidates that have confirmed their participation in the summit thus far are Sens. Bernie Sanders (I-VT), Amy Klobuchar (D-MN), Rep. Tim Ryan (D-OH), progressive billionaire activist Tom Steyer, entrepreneur Andrew Yang, and author Marianne Williamson. 20 Democratic candidates have been invited and more still may be added to the current list. Former Rep. Joe Sestak (D-PA), who initially committed to participating in the forum, has changed plans and will be campaigning in Iowa on Tuesday. A spokesperson for the Sestak campaign tells PoliticsPA that he “personally called the AFL-CIO representative in Pennsylvania to regret the change of plans.”

The event, which is expected to include “thousands of rank and file union members and voters” according to a release from the Philly AFL-CIO, said that they anticipate the candidates to address how they will “combat wage inequality, ensure access to quality public services, strengthen the right to organize unions, and increase the number of good, union jobs in the US” and more.

The candidates will answer questions submitted online by the union members, while the conversation is facilitated by a moderator, according to a spokesperson.

Winning the union vote in Pennsylvania has become a key focus heading into the 2020 election after Donald Trump won the state in 2016, making it the first time a GOP candidate for the White House carried the state since George H.W. Bush in 1988.

One of the big storylines heading into the forum is someone who has yet to commit to attending; former Vice President Joe Biden.

In an interview with NPR, Eiding called out the Scranton native for not committing to attending the summit.

“He always calls himself a Pennsylvanian at heart. His headquarters are here in Philadelphia. But his folks haven’t found the importance of coming together and talking to our workers. And so, that’s very disappointing,” Eiding told NPR. “There’s got to be some respect for the working people if they want their vote.”

Biden, whose first public event as a candidate was in a teamster hall in Pittsburgh and held his campaign kickoff rally in Philadelphia, has stressed winning over the union vote in his campaign thus far.

A spokesperson for the Biden campaign told NPR that the candidate is not “neglecting labor” and called Eiding a “friend.”

“Vice President Biden is as proud to call Patrick Eiding a friend as his campaign is to call Philadelphia home,” he said in a statement to NPR. “Shortly after he received the endorsement of the International Association of Firefighters, the very first rally of Joe Biden’s campaign was held at a Teamsters hall in Pittsburgh, where he shouted-out the unions represented in the audience. Joe Biden has fought for working people his entire life, and as he said at his official campaign launch in Philadelphia, as president he would strive every day to build ‘an economy that rewards work, not just wealth.’”

The Philadelphia Inquirer reported on August 30 that former Congressman and current Chair of the Philadelphia Democratic Party Bob Brady has talked to Biden “trying to secure his appearance at the forum.” Brady told the Inquirer that Biden is trying to work the event into his schedule and offered to appear at the AFL-CIO on another day, in which Eiding turned down on the appearance that it might look like an endorsement. Brady said that Biden is “going to try to figure out a way to get there.”

A release from the Biden campaign on August 2 detailing his September travel schedule said that Biden is set to campaign in Philadelphia on September 24, although additional information about this visit has yet to be released.

This will be the first forum in Philadelphia that will attract multiple Democratic presidential hopefuls since the Netroots Nation conference in July.

This story was updated to update that former Congressman Joe Sestak will not be participating in the forum. A spokesperson for Sestak tells PoliticsPA that he has personally called the AFL-CIO representative in Pennsylvania to regret the change of plans.