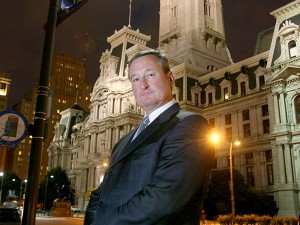 Lauren Hitt will serve as the City’s Communications Director while Stephanie Waters will be the inaugural Digital Director in the Mayor’s Office.

Kenney will also be expanding Welcome America Inc. under the new President and CEO Jeff Guaracino.

“I am very excited to have these three individuals working in outreach, communications and event planning in my administration,” Kenney stated. “Stephanie and Lauren showed endless tenacity in their efforts to connect with Philadelphians on the campaign trail, and Jeff’s work both here and in Atlantic City demonstrate that he knows event planning and, just as importantly, how to successfully market big events inside and out. I know Philadelphia’s reputation will improve among visitors and residents as a result of their work.”

The Kenney transition team provided the following biographical information on the three new members of the Administration:

Jeff Guaracino will serve as President & CEO of Welcome America Inc, the Pennsylvania non-profit organization that has traditionally served as the City’s official producer of the annual citywide July 4th celebration. Guaracino departs as Executive Director of the Atlantic City Alliance (ACA), a private, non-profit destination marketing organization for Atlantic City. Previously, Guaracino spent 10 years at the Greater Philadelphia Tourism Marketing Corporation, now known as VISIT PHILADELPHIA™ where he served in a senior position, most recently as vice president of communications. One of the signature campaigns he launched was the organization’s award-winning “Get Your History Straight and Your Nightlife Gay,” the nation’s most successful tourism campaign directed to the LGBT market. Guaracino also supported various citywide events at GPTMC, including “The Philadelphia Freedom Concert” on July 4, 2005. Guaracino has a Bachelor’s of Arts Degree from Rowan University.

Stephanie Waters will serve as the City’s Digital Director. The Digital Director will ensure the Mayor’s Office uses technology to help build an effective and efficient government that is accessible for every neighborhood. Most recently, Waters served as the Digital Director on Jim Kenney’s successful bid for mayor. Previously, Waters served as the Digital Director on Martha Coakley’s 2014 campaign for Governor of Massachusetts and Barbara Buono’s 2013 campaign for governor of New Jersey. Before hitting the campaign trail, Waters worked as a producer at AKPD Message & Media where she helped craft TV ads for candidates including President Obama (2012), Christie Vilsack for Congress (2012), Mayor Anthony Foxx (2011) and Governor Deval Patrick’s (2010). Waters graduated with a B.A. from Emerson College.