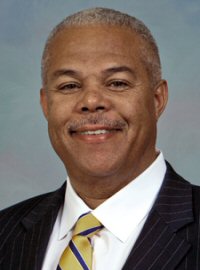 No surprises here. Or, at least, no surprises in the six Democratic candidates who filed their nominating petitions Tuesday.

Perhaps the biggest surprise of Tuesday’s filings was the low number of signatures gathered by Abraham, who is considered a strong candidate in the race. Abraham collected just 3,624 signatures, coming in fifth out of the six. Street followed closely behind her with 3,261 signatures.

Citified’s Patrick Kerkstra gave two possible explanations for the low total. “Either Abraham’s campaign made a strategic call not to get worked up about the signature count, or they are having some organizational problems,” he wrote.

Williams led the pack of candidates, producing 15,269 signatures. Second was Kenney with 12,167 signatures.

No other candidate came close to these top two totals. Diaz totaled 4,939 signatures and Oliver brought in 4,125.

Overall, the number of signatures from this year’s candidate pool is significantly lower than the last mayoral race. In 2007, no candidate dipped below the 10,000 signatures filed by Tom Knox. Back then, Bob Brady led the 2007 pack with 24,000 signatures. Then came Dwight Evans with 17,000, Michael Nutter with 14,000 and Chaka Fattah with 12,000.

A high number of signatures can mean a strong campaign apparatus. And if signatures are taken to be an early advantage, then it would certainly seem like Williams is the clear frontrunner.

Even so, a lot can change in the two months leading up to the May 19 primary. As Kerkstra pointed out, “Brady’s early show of strength in 2007 didn’t exactly translate on election day.”