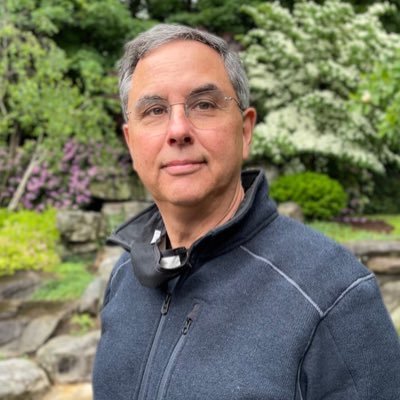 A longtime Pittsburgh attorney and activist is considering a run for Lt. Governor in 2022.

Steve Irwin, an original equity partner with Leech Tishman, has launched an exploratory committee for the Democratic Party race for Lt. Governor.

“I am exploring a run for Lieutenant Governor because I believe in dignity, humanity and respect for all – something that feels missing in our society today and that I could tackle head-on using the role and platform of Lieutenant Governor,” said Irwin. “This would be a natural extension of what I have done my entire life; the kitchen tables, living room couches, and community centers where people all around the state have gathered to voice concerns about the problems they face are the same ones I sit at every day in my own community.”

“I have all the skills to be effective and successful as Lieutenant Governor, and, what’s more, this is a job in which I am extremely interested and for which I am uniquely qualified,” he continued. “I look forward to getting out there and speaking more with my fellow Pennsylvanians across the state.”

A press release announcing his exploratory committee promotes Irwin having more than 30 years of service in the private and public sectors, while also holding positions in all three branches of government at the local, regional, state, and national level.

Irwin worked as a legislative assistant for Sen. Arlen Specter early in his career, where he supported the construction and rehabilitation of a number of projects throughout the commonwealth.

He later served as Chair of the Pittsburgh Parking Authority and was a mayoral appointee to the Southwestern Pennsylvania Commission, the regional planning organization “focused on improving transportation, information systems, and planning and development.”

Gov. Ed Rendell appointed Irwin to lead the Pennsylvania Securities Commission during his administration and he was later named President-elect of the North American Securities Administrators Association and was awarded the Blue Sky Cube for his work in the field.

Irwin also served as chair of the U.S. Civil Rights Commission’s State Advisory Committee, where he “exposed the disproportionate use of extreme discipline in public schools,” according to a press release. As co-chair of the Pittsburgh Regional Health Initiative, Irwin works to “advance a national patient and provider safety agency to eliminate avoidable harm in medical care.”

He’s also been involved with the Anti-Defamation League, where he was an associated national commissioner, and is currently the Pittsburgh member of the organization’s midwest regional board.

If Irwin formally joins the race, he’d be the second Democrat to enter the 2022 statewide contest.