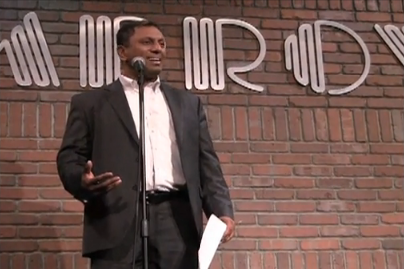 Look, we know, this thing happened like a week ago – it’s old news. While PoliticsPA was busy covering Stu Bykofsky’s comedy night in Philly, out in Pittsburgh the Steelers were busy beating up on the Eagles, and western PA politicos were giving it their own go.

We had a protracted discussion about the right to embed this video, all right? Get off our case.

On Thursday August 18, candidates from around Pennsylvania performed stand-up comedy routines at the Pittsburgh Improv. The night of laughter helped raise over $37,500 for the Allegheny County Music Festival Fund.

All of the candidates came prepared with three to five minute bits filled with witty and entertaining jokes about each other, about themselves, and about the Pittsburgh area. But according to several (bipartisan) sources in the audience, Wagner and Raja turned in the best performances of the evening.

“It’s been a lot of fun. And some might say there were some cheap shots tonight. But thanks to Dan Onorato, there is no such thing as cheap shots,” Mr. Raja said.