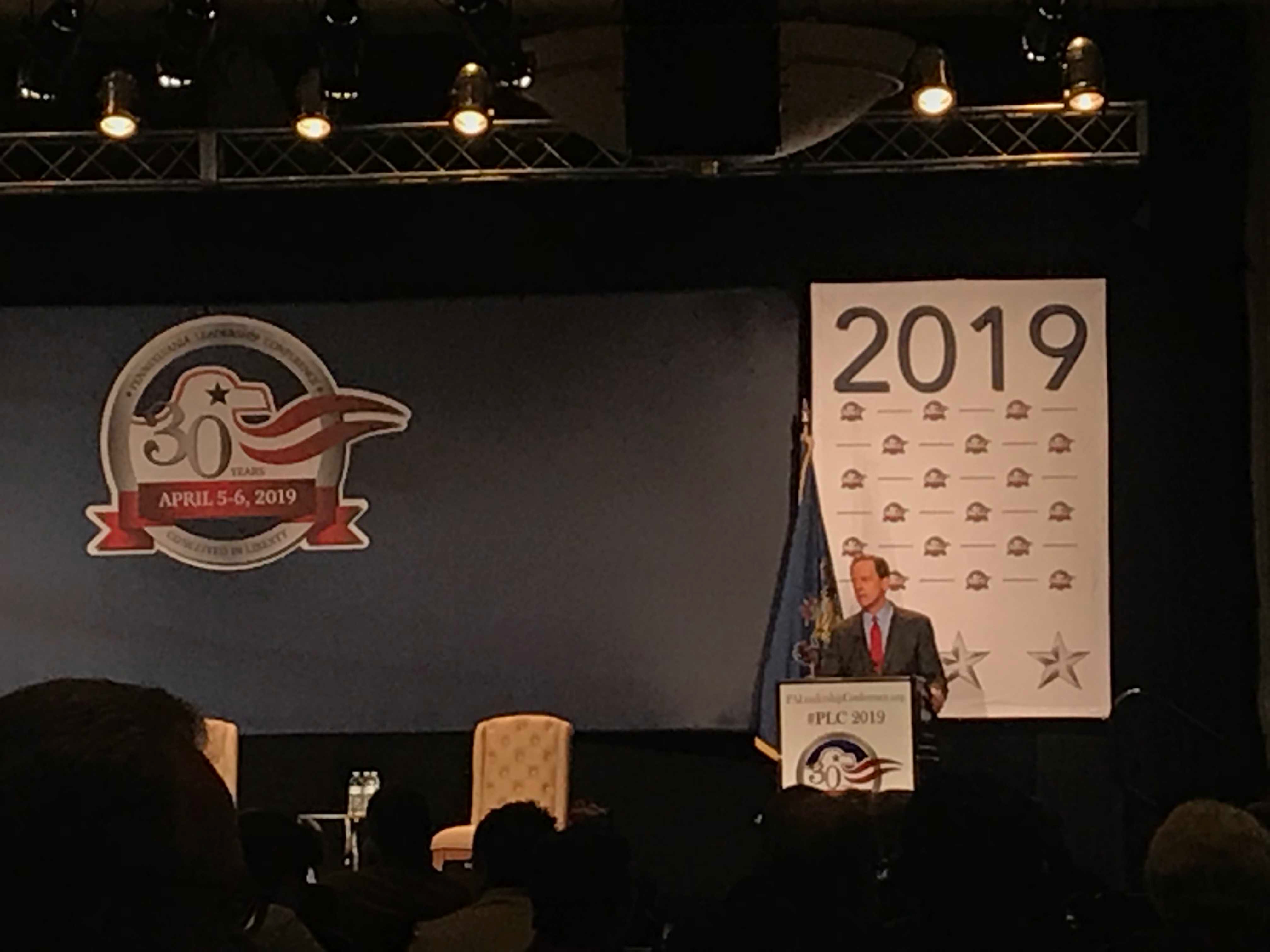 CAMP HILL — Moving on from a disappointing 2018 midterm performance and previous disagreements with the President, conservatives set their sights on combating socialism.

In 2019, they believe the fight over socialist policies is actually taking place. And they’re taking it seriously.

“Congressional Democrats are now increasingly being dominated by the socialist, far left wing of their party,” Sen. Pat Toomey said. “Honestly, for years, I would hear Republicans occasionally, jokingingly, disparaging, in a light humorous way refer to Democrats as socialists. It was hyperbole. It was a joke. They weren’t really socialists.”

“Guess what?” Toomey said. “Now they are. And they admit to it. It’s unbelievable.”

This past weekend, conservatives echoed Toomey’s message and touted the benefits of a free market system at the 30th Annual Pennsylvania Leadership Conference. The long-running conference has always been a hub for movement conservatives both inside and outside of the formal Republican Party. Like the GOP, the PLC crowd spent the past three years trying to reconcile Trumpism with their ideology. Both groups have landed on a similar solution to the challenge: put aside policy differences and focus on Democrats.

A series of speakers and panels, which included Three Cheers for Capitalism, Transformative Power of Free Markets, and a keynote dinner address from the Wall Street Journal’s Kimberly Strassel hammered the point home that socialism is on the ballot now.

He lamented that multiple Democrats in the state legislature received the endorsements of the Democratic Socialists of America and won office regardless.

“I never thought I’d be sitting here in 2019 having to push back on socialism,” Barr said.

Although various speakers praised President Donald Trump for advocating for tax reform, supporting religious liberties that conservatives often vouch for, and nominating conservative judges to the bench, the names most often heard during the addresses were Sen. Bernie Sanders (I-VT) and Rep. Alexandria Ocasio-Cortez (D-NY).

It was a notable shift from just two years ago when the PLC dinner was headlined by conservative pundit, Ben Shapiro, who delivered some criticisms of the newly elected President.

No such criticisms were present at the 2019 gathering. The straw poll of attendees found 88% support another term for Trump and 80% approve Trump’s job performance. Half of attendees named illegal immigration the most important issue facing the U.S. – three times more than named government spending.

A bevy of speakers rallied against Medicare For All and the Green New Deal as the two policy proposals they said were most detrimental to the country.

“Socialism isn’t big government,” Strassel said. “Socialism is authoritarianism government. By necessity, there is no way you can implement any of these programs they’re proposing without absolutely eroding, if not getting rid of the freedoms that we care about most deeply in this country.”

Strassel referred to Sanders’ Medicare for All as “Medicaid for All” and the Ocasio-Cortez’s Green New Deal as the “Green Leap Forward”.

She described the policies laid out by a number of Democrats as ranging from “bad, very bad, to so bad you can’t help, but laugh.”

Despite a 2018 election cycle in which Toomey referred to as “rough,” optimism is high for a second term for Trump, although a straw poll conducted at the conference indeed shows they are taking candidates who are more welcoming to the socialist label as serious contenders.

Sanders is viewed as the hardest Democratic candidate for Trump to beat in Pennsylvania by receiving 41 votes. The next closest 2020 Democratic hopeful was former Texas Congressman Beto O’Rourke with 29 votes, Sen. Kamala Harris (D-CA) with 24 votes and former Vice President Joe Biden and South Bend Mayor Pete Buttigieg locked up with 18 votes each.

The poll also shows that Sanders is expected to be the Democratic candidate in 2020. He slightly edged Harris by 2 votes in the straw poll, while Biden finished a distant third.

Other notable results from the straw poll included a general disapproval of GOP members of Congress and the PA legislature, and 77% opposition to a nuclear industry bailout.

The results from the marijuana question on the straw poll garnered rather interesting numbers considering the audience as well. 69 people support medical purposes only for marijuana, 57 people voted for ban it, 46 voted to legalize and tax it, while 5 remain undecided.

In a ray of sunshine for journalism, a straw poll respondents opposed 3-to-1 any federal action to “step in regarding biased Media coverage.”

What do they believe is the GOP answer is moving forward to combat a number of issues supported by the opposing party? Standing your ground. 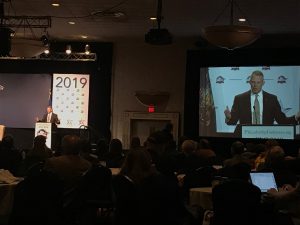 Rep. Scott Perry (R-York), a member of the conservative freedom caucus, believes the party too often fights amongst themselves, while being too willing to abandon the party platform.

He said an attendee asked why he was so conservative and he responded by asking if they’ve read the party platform.

“We are never going to appease leftists,” Perry said.

He specifically pointed to some in the GOP supporting universal background checks on firearm purchases as an example of leaving the party, but referenced crime statistics in Baltimore as proof it does not work.