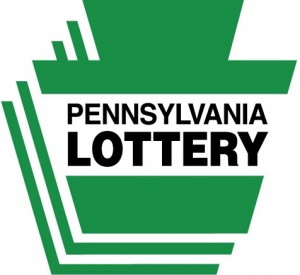 “A roll of the dice” one would-be wit called it. Others have described it in considerably less family friendly terms. But, however, described, it’s described a lot. Indeed, it’s been widely reported nationally as well as across Pennsylvania.

The Corbett administration intends to turn management of the Pennsylvania lottery over to the British firm, Camelot Global Services. “Privatization” of the operation of the state lottery is about to become a fact, subject to legal reviews by the attorney general,  the state treasurer and a court challenge by AFSCME, the union representing lottery employees.

Not surprisingly, turning the lottery over to a British firm has been controversial. Supporters of Corbett’s plan cite the money it will save, the expected profits it will return and the efficiencies it will produce. Opponents bewail the Pennsylvania jobs that will be lost, the lack of transparency that characterized the awarding of the contract and the possible illegality of the management change.

Both supporters and opponents, however, seem to be missing the real issue. In debating the fine points of the deal, they are playing Nero, fiddling while Rome burns. The point both sides miss so completely is that neither the lottery as it exists, nor Corbett’s proposed plans, are really good ideas.

Privatization never worked as well as its proponents argued. Outsourcing and downsizing bring as many problems as they solve. In fact, if we are ever to solve the modern problems of fiscal solvency, massive infrastructure needs, and unprecedented challenges to education, we won’t do it by zombie like application of yesterday’s techniques to today’s problems.

It’s a cliche, but a good one–we must begin to think outside the box.  And one way to do that is to solve problems in government as they are solved outside government– not inflexibly or bureaucratically, but with imagination and creativity.  To the point: government and government created entries must become entrepreneurs.

As it turns out, Camelot Global Services, now only a few short steps from managing the Pennsylvania lottery, offers us a virtual blue print for doing just that. Camelot is a British company, which operates Britain’s national lottery and advises lottery operations in Illinois and California.

All of this is well known. Not so well known is the ownership of Camelot. They are owned by (we are not making this up) the Ontario Teachers’ Pension fund, the largest plan of its kind in Canada with assets of 117 billion. Perhaps even more interesting, the Ontario Pension fund has numerous similar investments, owning similar corporate entities around the world.

So, while here in Pennsylvania, we are worrying about the unfunded liabilities of our own “teachers’ pension plan” (as well as our own state employees plan), Canadian entities are making a healthy buck selling services to our own state lottery.
Not a bad gig. Pennsylvania sends lottery profits to a British company, one owned by a Canadian pension fund, while we lose some unknown number of Pennsylvania jobs in the process.  Meanwhile, legal issues may keep the whole thing in legal limbo for months if not years.

The winner in this one isn’t hard to locate. Hint: it’s not us. That great “socialist colossus” to our north is knocking our socks off when it comes to playing the Capitalist game.

But it doesn’t need to end this way – and it won’t if we begin to apply entrepreneurial principles to our policy challenges.

With respect to the Pennsylvania lottery and our aspirations to increase its revenue, a simple expedient might enable our two embattled pension funds (SERS and PSERS) to play the same role as the Ontario pension fund.

Jointly or together, they might spin off a new company, whose board would consist of representatives of the two pension funds and the union. The profits would go to the two pension funds to help retire the 41billion in pension debt. The expanded revenues would increase monies for senior citizens programs. And Pennsylvania could save the jobs slated to be lost as well as including the employees to be part of the decision-making process itself.

It sounds simple. But carrying it off would require some negotiation, more than a little give and take on both sides of the issue, some good will and more than a modicum of commonsensical old time Yankee ingenuity.

But what promise and what potential if this kind of thinking took hold in state government–literally getting all stakeholders invested in a major governmental reform, thinking pragmatically to a win-win solution that benefits citizens, taxpayers and government workers alike.

That’s not what we have done so far. But there is still time, not just for the Lottery but for the phalanx of problems Pennsylvania must solve in coming years.

We are not going to bring Pennsylvania into the 21st century using the tools and techniques of the 20th. The problems confronting us are massive, multiple and sometimes overwhelming. But we can solve them if we move away from rigid ideological thinking on the one hand –and trite and tired cookie cutter approaches on the other. We must begin to think outside the box–and the lottery is a good place to begin.