Politically Uncorrected: A Third Party – Will It Matter? 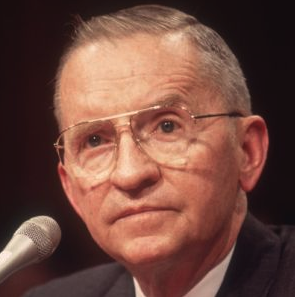 And polls suggest millions of voters would consider supporting one. Everyone it seems wants to see a third party candidacy emerge in the 2016 presidential race.

Well, maybe not everyone!

But a recent Washington Post/ABC poll found that some 44 percent of the nation’s voters would consider a third party, if given that option.

Indeed, there probably has not been the kind of groundswell for a third party since Republican Teddy Roosevelt ran as the “Bull Moose” party candidate in 1912.

Nor is there any mystery why.

For the first time in modern history both presumptive presidential nominees of the two major parties are viewed more negatively than positively. Donald Trump is the more unpopular of the two with Hillary Clinton following closely behind. Noted blogger Harry Enten recently concluded that Trump and Clinton each are more unpopular than “any nominee at this point in the past 10 presidential cycles.”

But it’s not just the presidential candidates who are unpopular. The respected Pew foundation now estimates that about six-in-ten voters view the Republican Party unfavorably, while about one of every two have an unfavorable view of the Democrats. Ominously, one-in-four voters view both parties unfavorably.

The climate for a third party candidate in 2016 seems extraordinarily ripe.

But this extreme dissatisfaction with both major parties and their presumptive candidates is juxtaposed against the single most important historical fact about American third parties: they almost never make a difference.

But it is exactly that spoiler role, exceptional though it has been, that could emerge in 2016. All three instances of third party’s playing the spoiler role occurred in the 20thcentury.

The first example, and by far the most significant, was that of former president Teddy Roosevelt in 1912. Running as the nominee of the Progressive (Bull Moose) Party, Roosevelt actually came in second in both popular votes and the Electoral College (his 88 electoral votes were the most ever by a third party candidate).

A second example occurred in 1992 when Ross Perot ran as an independent candidate against Democrat Bill Clinton and incumbent Republican George Bush. Perot’s focus on debates and deficits made both Clinton and Bush change the issue orientation of their campaigns.  At one point in the campaign, Perot actually lead both major party candidates.

Ultimately, he won 19 percent of the popular vote, second among third party candidates only to Roosevelt. Most analysts believe Perot’s candidacy tightened the race, probably reducing winner Bill Clinton’s victory margin. His most important influence may have been framing the issues that dominated the election.

A final example and certainly one of the most controversial third party candidates in modern times was Ralph Nader, running as the nominee of the Green Party in 2000. Nader, for many, exemplifies the spoiler role of third party presidential candidates.

His showing in Florida (he won 97,000 votes), and to a lesser extent in New Hampshire has raised the enduring question of whether his candidacy elected George Bush. Certainly Nader siphoned off votes from Al Gore in Florida, contributing to Bush’s 537-vote victory there. Similarly Bush’s 7,211 vote victory in New Hampshire might have been reversed if Nader had not been on the ballot in that state.

Is anything like Roosevelt, Perot or Nader likely to happen in 2016?  The answer to that question is a firm “maybe.”

On the one hand a viable classic independent third party seems increasingly unlikely. As ABC News recently noted: “everything [is] in place for a third-party movement – the money, the message, the motivation – (everything but) the candidate.”

That candidate may yet appear but the chances he or she will matter decline with each passing day. Already, it is too late to get on the ballot in Texas, South Dakota and probably North Carolina. Moreover, there is a distinct shortage of Republicans that want to bear the blame for electing Hillary Clinton.

Still, established third parties such as the Greens and the Libertarians already have ballot access in many states – in the case of the Libertarians, at least 48 states and maybe in all 50.

In addition, Libertarians have nominated two former GOP governors for president and vice president, respectively, and already have national campaigns underway. Even more important, presidential nominee Gary Johnson is showing polling strength as high as 10 percent, many times higher than Libertarians usually draw (they won 1 percent of the vote in 2012).

Johnson is now within striking distance of the 15 percent needed to qualify for inclusion in the fall debates, an event that almost certainly could transform the election.

This said, Libertarians and their supporters have some heavy lifting to do. Third parties have rarely won 5 percent or more of the vote – and in order to matter this time Libertarians need to double or triple that.

Yet, America’s voters are demanding choices in 2016 beyond the major party candidates. In any ordinary political year the odds are long against third parties making a difference.

However, 2016 is no ordinary political year.