Politically Uncorrected: BUDGETS: THE GOOD, THE BAD & THE UGLY 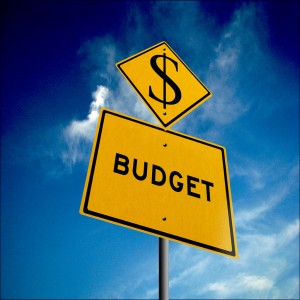 June, that most beautiful of months, is associated with some of life’s larger pleasures: the beginning of summer, annual vacations, school graduations, Fathers’ Day, June brides—and, of course, state budgets. Pennsylvania law requires the budget to be adopted by June 30th.

This year, however, June’s glories may have to be savored without a state budget. Few observers expect the June 30th budget deadline to be met.

Since the past four budgets were passed on time, it’s a fair question to ask: why not this year, too?

One answer is obvious: Pennsylvania has returned to a divided government with one party (Republicans) controlling the legislature, while the other party (Democrats) controls the governor’s office. In this political configuration, institutional conflict between the governor and the legislature is always rancorous and budgets, with few exceptions, are always late.

But a second force is present this year that produces an influence rarely confronted in the budget process – political ideology. Normally ideology is to Pennsylvania politics as straight talk is to a politician: it isn’t practiced much.

Indeed, past budget debates mostly involved carving up the state’s resources, or in the phrase of one political scientist, determining “who gets what and who pays.” Legislative leaders were consummate wheeler-dealers, pragmatic to the core, with final budgets a product of compromise, bargaining, and with more than a little deal making.

But not this year.

This year, in fact, political ideology is poised to play a major role in budget outcomes, partly attributable to the growing impact ideology is having across the nation. Increasingly ideas matter in national politics, often trumping traditional bargaining and compromise.

For the liberal Wolf, empowerment came from a historic election victory last year – an election he won by a whopping 10 points while running on an agenda quite popular with the voters.

The same election, nevertheless, also empowered oppositional Republicans. It increased GOP control of both chambers giving them the largest majority any party has had in the House since Eisenhower was president – while producing a legislature as conservative as the governor is liberal.

Budgets have been described as just “policies with price tags attached.” In the ideological setting now prevailing, both sides fervently believe its policies and its price tags are the right ones.

Consequently, approaching the June 30th budget deadline, there are three scenarios that could play out.  Let’s call them the good, the bad, and the ugly.

1) The “Good” – Under this scenario, probably the least likely, Wolf and Republican leaders actually agree on a budget in late June or early July.  If this happens both sides are going to make major concessions on hot button issues, such as pensions, new taxes and liquor privatization. Wolf might even roll the dice and give the GOP a pension bill in return for his major priorities, and hope the courts bail him out by striking down the pension bill. So far Wolf hasn’t shown himself to be the poker player that would require.

2) The Bad – Under this scenario, Governor Wolf and legislative leaders can’t reach agreement and the Republicans pass their own budget – one that Wolf vetoes in part using his item veto. A veto override is not likely, leaving the possibility the state limps along with a partial budget as occurred in 2003 and 2009 or perhaps a stopgap budget is adopted, pending some final resolution. Think fall football season or Christmas trees because it could take that long.

3) The Ugly – The ugly offers two possibilities. Under one the Republicans cannot agree on a budget and the budget deadline is passed without sending Wolf a budget.  Under the second, the governor vetoes the entire budget.  Both of these two outcomes would create the ultimate nightmare. Under prevailing court decisions, state government will not completely shut down, with essential services still being performed. But the state’s already pressing problems will only become more pressing, options to solve them will shrink and chaos will eventually prevail. This is the doomsday scenario and one both sides will strive to avoid.

Whether we get a good, bad, or ugly budget will tell us a lot about how the next four years of the Wolf administration will go. If we get a “good” budget it will mean the strongly Republican legislature is going to work with the staunchly Democratic governor to find common ground in tackling Pennsylvania’s many problems and challenges. That is very good.

However, if it is a ‘bad” or “ugly” budget, the next four years are going to be long ones for both parties. Even worse it will mean the state has sunk into the same polarizing political morass that now paralyzes our divided national government.

This is a price some on both sides seem willing to pay; it is not, however, a cost Pennsylvanians are able to bear.