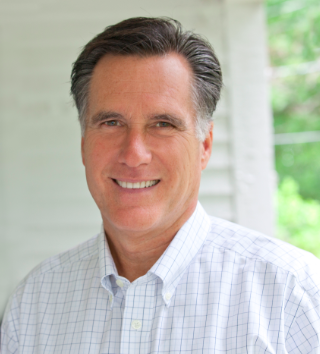 Mitt Romney is not a great candidate!

This, of course, is no news bulletin. In fact, Romney’s ineptness is a topic that now dominates the political dialogue during the waning days of the 2012 presidential campaign. He has consistently underwhelmed most observers with his political skills. The national media now recount his many gaffes, miscues, mistakes and missed opportunities almost daily.

Indeed, Republican loyalists and establishment conservatives have leveled as harsh or harsher criticism toward him than his opponents on the left. At times, it has seemed that Romney has single-handedly kept Obama in a race the incumbent should have lost long ago.

In addition, his campaign organization seems to be in some kind of perverse free fall, with him making things even worse if possible.  Romney’s campaign can best be described as clumsy, bumbling and awkward, in a word–inept.

Stipulating to all this, we must still ask two critical questions, the answers to which will bear directly on who actually wins this race.

1. The first question is the historical one. How bad is Romney, compared to his long line of predecessor major party candidates for president?

The short answer is: not as bad as one might think.

Since 1896 when William Jennings Bryan became the first major party presidential candidate to publicly campaign, the major parties nominated 60 men. How Romney stacks up against them is necessarily a subjective judgment.  Certainly, he’s no Theodore Roosevelt, Kennedy, Reagan, Franklin Roosevelt, or Clinton. But it becomes murkier comparing Romney with some of the second or third tier candidates who have populated modern American history.  Against names like Harding, Coolidge, Dewey, McGovern, Dukakis, and Dole the comparisons are less clear.

Alas, perhaps in a perfect world it should happen that way, but it doesn’t. There are actually multiple examples in American history of the best candidate losing while the worst won.

Recent 20th century examples are perhaps more relevant to the 2012 election. These latter elections provide several examples of campaigns in which the lesser candidate won the election. These include candidates like Al Smith (1928), Hubert Humphrey (1968), Gerald Ford (1976), and Al Gore (2000). These, and arguably some others, were all the better campaigners in their race–in a losing cause.

Why lesser candidates sometimes beat better candidates raises an obvious question that yields no obvious answers. But the history of presidential elections suggests that while campaigns matter, they are not all that matters. American elections are more complex than that.

Where does this leave candidate Romney and the rapidly closing 2012 campaign? Arguably, it leaves him in much better condition than one might expect or that Republican partisans might reasonably hope.

Despite the enormous amount of money spent on this race, and the bitter campaigning from both sides, this race remains very close. Apparently, Obama has established a lead largely based on his bump from the Democrat Convention. But among “likely voters” the race is tighter and likely voters matter most at this stage of the race.

While Romney has done just about everything possible to lose this race to this point, so far he hasn’t lost it. That fact may be the single most important reality operating in the race at this moment. Despite the sometimes almost heroic efforts of the challenger, this is still a race.

Moreover, as American history reveals: bad candidates sometimes win and good candidates sometimes lose.  The takeaway point from all this may simply be that this race is still way too early to call. In the end, candidate Romney’s unceasing efforts to snatch defeat from the jaws of victory may still fail.