Politically Uncorrected: Guns are the Problem But Are They the Issue? 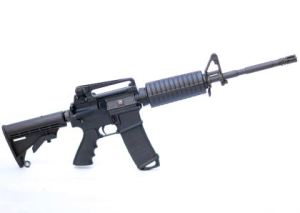 It wasn’t supposed to turn out this way. Amidst the unimaginable tragedy of the Newtown shooting last December, America was finally going to act to solve its gun violence problem. Newtown was going to be the catalyst that galvanized America to confront and solve its gun issue.

Instead, in America’s chronically contentious debate over guns, it’s increasingly apparent that Congress is not going to pass any major gun control legislation this year. While some form of “universal background checks” is still possible, other changes seem unlikely.

Meanwhile, what isn’t happening in Congress is indeed happening in some states–but certainly not with the singularity envisioned by gun control advocates just a few months ago. While some states, notably Connecticut and Colorado, have newly enacted, more restrictive gun laws, other states have actually loosened their gun laws. In fact, the Wall Street Journal is reporting that more states have eased their gun restrictions than tightened them since Newtown. According to the Journal, some five states have toughened their gun laws while twice as many (10) have actually expanded gun rights.

So here is where we now seem to be: some four months after the tragedy of Newtown, the nation is further than ever away from a consensus about gun policy. Public opinion supporting tougher gun laws may actually be weakening–while the issue, like so many others today, increasingly polarizes Republicans and Democrats.

The polling numbers tell that tale only too eloquently. The recent Morning Joe/Marist poll reports that as many as 60% of all voters support tougher gun laws. But only 37% of Republicans indicate support, as opposed to 83% of Democrats. Similarly, assault weapons bans draw the support of 75% of Democrats but only 40% of Republicans. Support and opposition to other gun law proposals, excepting universal background checks, mostly follow party lines.

In the middle are millions of ordinary citizens who are not sure what to do about gun violence–in truth, are not sure that anything done will ultimately matter.

Sadly, the gun debate has entered a cultural no man’s land, one already populated with a litany of other social and cultural issues that now divide our country, split its political parties, and confound its public policy.

Not surprisingly, a long list of villains is blamed for the impasse on gun policy. Gun control advocates blame the NRA, along with those who resist “common sense” gun rules and, of course, “partisan politics.” Gun supporters conversely see the problem as overheated, even hysterical, rhetoric from those willing to trample on the second amendment to achieve their dubious ends.

Aggravating the sharp policy dispute are deep personal animosities. The folks on both sides have a visceral dislike of each other that makes compromise difficult if not impossible.

John Gray’s popular 1992 book, Men are from Mars, Women are from Venus, provides an apt metaphor describing America’s current gun fight. It may be too much to suggest that second amendment advocates are “from Mars” or that gun control advocates are “from Venus,” but it is no exaggeration to point to the enormous cultural gap between the two worlds that prevents agreement between them.

The differing sides often seem to speak different languages, actually talking past each other rather than to each other, separated by a vast communication gap neither side transcends well. Undergirding this communication gap are sharply different political, sociological, and even religious assumptions.

Decades ago, writer C. P. Show persuasively wrote of two cultures which he identified as the sciences and the humanities. In Snow’s view, these two disparate cultures inhabited starkly different worlds making communication or understanding between the two difficult if not impossible.

In American politics today, the pro and anti-gun control forces represent these two cultures. Today it is guns, but tomorrow there well may be a different set of issues propelled by these same cultural forces. Our “gun debate” is not, and never was, really just an argument about controlling guns. Under the surface, there is much more.

Instead, we are in a fight over cultural values, societal norms, belief systems and world views. Until we understand that fundamental truth, little progress will be made in solving America’s gun violence. We may not know what to do about the cultural issues that divide us, but unless we acknowledge and come to grips with their role in the gun debate, we cannot solve the problem of gun violence in America.

Guns may be a problem, but they’re really not the issue.