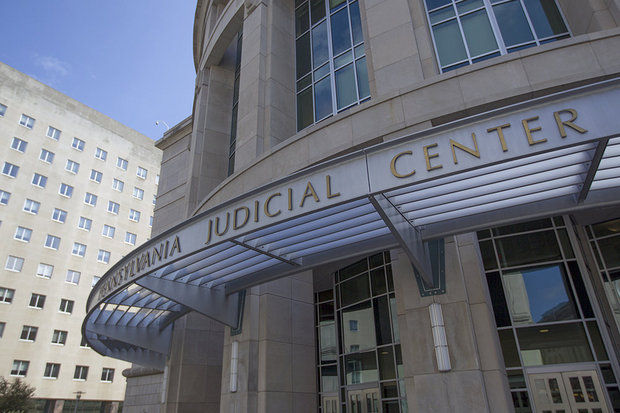 Are you good with names? Try these.

Adding the names of candidates for other appeals courts would yield the same puzzlement. Altogether there are seven vacancies on Pennsylvania’s three appeals courts. In addition, three judges will stand for retention, allowing voters to decide vote “yes” or “no” whether they will get another ten years to serve.

It is because democracy functions on the basis of an informed electorate electing its leaders. Pennsylvania voters are anything but well informed when choosing appellate level judges on statewide ballots.

In fact, the federal level eschews any judicial elections. Judges are all appointed, from district court judges to the Supreme Court.

The state picture, however, is different.  While more than 30 states elect at least some of their judges, only six states, including Pennsylvania, elect all of its judges in partisan elections.

Electing judges at any level is rarely a good idea. The normative notion that judges will act in a nonpartisan manner has not been a good fit with the reality of partisan elections.
But in Pennsylvania, the greatest dilemma exists in elections to the three statewide appeals courts: the Commonwealth, Superior, and Supreme Courts.

One problem is that the average Pennsylvania voter on election day will know almost nothing about the backgrounds and qualifications of these statewide judicial candidates. Whoever is elected in November – the informed electorate of democratic theory will not have had much to do with it.

Nor is low information about judicial candidates the only problem with electing judges. Another is the low turnout typical in off-year elections. The majority of voters don’t participate in these elections.

Consequently, issues that should have little or no relevance, such as ballot position, party endorsements, regional support or fundraising advantage typically determine who wins.

Low information and low turnout are only exacerbated by the ominous growth of spending in these races.  Cycle after cycle the money spent grows dramatically.  This explosion of money is undercutting public trust in judicial integrity as more and more of it comes from law firms and other special interests that often have clients with cases in front of these very appeals courts.

Many believe the solution to this electoral anarchy is an appointive merit system. Such a system might have a diverse nominating commission of citizens, former judges, and gubernatorial and legislative appointees. The commission would evaluate the credentials, perform interviews, check backgrounds, and recommend to the governor the names of qualified potential court nominees. Gubernatorial appointees would then need confirmation by a majority of the state Senate.

But even merit systems are not perfect. Indeed, no system for selecting judges in a democracy is perfect. Where merit systems have been adopted they have not been a panacea. Sometimes they have proved elitist while other studies have questioned whether they produce better judges.

In fact, far from perfect, merit systems are simply the better of two imperfect choices we have for choosing judges. They provide a solid alternative to the electoral roulette we now use to select appellate judges.

For too long Pennsylvania’s judicial selection process has allowed the search for the perfect to be the enemy of the good. The system we have now is neither perfect nor even “good enough.” It’s just plain bad.