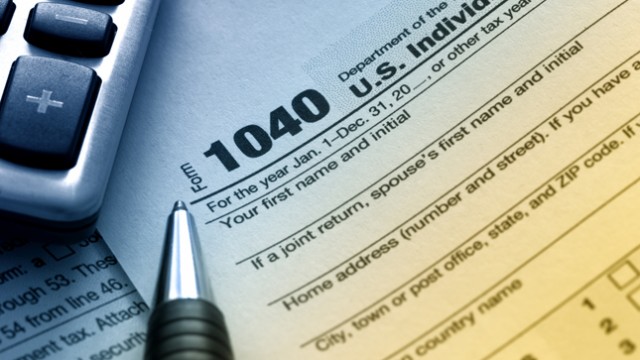 Whether we are getting what we pay for seems a reasonable question considering the generally deplorable state of our society and politics. Unending wars, incompetent and/or corrupt politicians, public health epidemics, mass shootings, a failing criminal justice system, and a deeply polarized citizenry are not exactly what one thinks about when contemplating a civilized society.

But let’s leave this awkward question aside to consider the even more urgent question of “tax reform.” Just now there is a considerable effort in Washington to fashion a political consensus on federal tax policy that would “reform” the monstrosity known formally as the Internal Revenue Code (IRC), Title 26 of the United States Code (26 U.S.C.).

By common consent, the U.S. tax code is the most arcane, least equitable, least understood and most hated national tax code in the first world. Filled with loopholes, bizarre provisions, undecipherable language and zany interpretations, it is almost certainly both the worst tax system among major nations today and also the worst administered.

Our tax system becomes a bigger mess the longer it survives. IRS regulations, embodied in the Standard Federal Tax Reporter, attempt to translate the tax code so that taxpayers can understand it. That document runs to 70, 000 pages plus – roughly equivalent to 60 full copies of War and Peace.
One might go on ad infinitum documenting the defects of federal tax system. Many writers have done so, using entire books to indict our tax system.

Understandably, it is hard to oppose tax reform, especially when it comes dressed up in the tantalizing prospect of “tax cuts” and “tax simplification.”

But here’s the rub – and it’s a big one. While the overwhelming majority of taxpayers despise the current tax code, they despise even more the prospects of a tax increase. And a tax increase is what tax reform will produce for many.

The respected, nonpartisan Tax Policy Center estimates 7 percent will pay more in 2018, but that will grow to 25 percent paying more within 10 years. Moreover, those hit with higher taxes will not be the wealthy but mostly middle and upper middle-income groups. The Tax Policy Center estimates half of all tax cuts will ultimately go to the wealthiest 1 percent of Americans.

Why does tax reform mean a tax increase for many? It does so because government in modern times never reduces its overall spending. Just the opposite: year after year government needs more revenue, sometimes just to fund existing programs. Someone has to pay those taxes.

Tax reform then must be a zero sum game. It never produces tax reductions overall, but instead produces so-called “tax shifting,” – public finance jargon for reallocating tax liabilities among different taxpayers. In balder terms tax reform produces winners and losers, some will pay lower taxes, some will pay more.

In principal, this is neither good nor bad, for each society has to decide how it will raise the revenues necessary, to pay for “civilized society.”

But what is bad and deserves harsh moral censure is the duplicitous political posturing going on in Washington today, suggesting tax reform means only winners, and only a better, fairer tax system.

Whether a new tax system will mean a better, fairer tax system is something we will find out as we gain experience with it. A lot of past experience, however, demonstrates that today’s reform becomes tomorrow’s problem – as indeed has happened to our current tax system.

But we will not need to wait to find out that tax reform is tax shifting and not tax cutting. The winners already know that and the losers soon will.

Let’s be clear! Arguing that tax reform is tax shifting and not tax cutting is not to argue against tax reform. Indeed, the consensus among most Americans is that we badly need some sort of tax reform. But with it, we also need honesty and candor from our politicians – about what that new tax system will look like – and who the winners and losers will be.

Being honest with Americans about tax reform, how it will work, and who will pay for it, is vital. Without that we will get no real tax reform – and we will all be losers.