Politically Uncorrected: That Other Election on April 26th 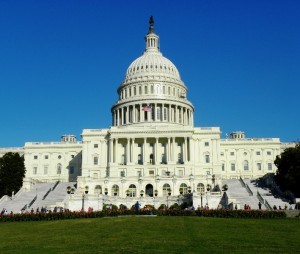 In the age of “Trump-Mania” and “Bernie-Mania,” the often ignored and highly underrated Pennsylvania Democratic primary for U.S. senate is a bit player.

And yet this senate race might matter more in the end than all of the hoopla, hi-jinks, angst and antics of the 2016 presidential race.

Democrats need only to pick up five seats to control the next senate.  Of the 34 Senate seats elective in 2016, 24 will be defended by Republicans including critical seats in Illinois, Wisconsin, New Hampshire, Ohio, and Florida.

So Democrats are optimistic, if not euphoric, about regaining the senate – and only a little less optimistic about defeating Pat Toomey this fall. Toomey’s strong conservative voting record doesn’t look like a good fit for this year’s electorate while he only won his seat in 2010 by a scant 2 percentage points.

Fetterman, the Mayor of Braddock, a small old steel town in Allegheny County, talks much about reigniting the working class and the revival of small towns like Braddock.

McGinty, a former state official and environmental advisor to Bill Clinton stresses issues that resonate with women, especially the pay gap and social issues.  McGinty is supported by many of the state’s most important labor unions. Consequently, she has emphasized job security, healthcare and wages in her campaigning.

These are candidates with very different personalities and campaign styles. There are real differences among the three.

Fetterman styles himself as the candidate of the workingmen and women. With few airs and even less campaign cash, his most identifiable characteristic comprises his unique persona, complete with a 6 foot, 8 inch frame, embroidered with tattoos.  A strong supporter of Bernie Sanders, his emphasis on the working class and populist issues make him the most left leaning of the three.

Joe Sestak is the quintessential maverick. He defied the Democratic establishment by running in the 2010 primary against leader endorsed Arlen Specter, who earlier had switched parties from Republican to Democrat. Sestak is not well liked by party leaders. His aloofness, estrangement, and sometimes abrasiveness towards many of the party’s major leaders has hurt him. He has not received any major endorsements from either the national or state Democratic Party.  Nor has he endorsed a presidential candidate.

Sestak’s, a tenacious campaigner, has spent the last five years campaigning aggressively across the state, often meeting with small groups of Democrats and local leaders. Consequently, many rank and file Democrats support him.

McGinty frequently mentions her humble beginnings, as one of nine siblings, the daughter of a Philadelphia police officer, tying these beginnings to policies that protect the safety network. She goes out of her way to deny it, but she is clearly the candidate of the party establishment, having received the endorsements of President Obama, Vice President Biden, Senator Casey and Governor Wolf.

Former Governor Ed Rendell is her campaign chairman and she has endorsed the candidacy of Hillary Clinton. In addition she has received a huge chunk of the state’s major union endorsements.

So what’s likely to happen?

Sestak, winner of the 2010 primary, has steadily led McGinty.  But a huge chunk of voters, more than 30%, remain undecided, leaving the race still very volatile.

Campaign spending by all three Democrats ranks among the top 5 nationally for the most spending in the 34-senate seats up for election.  Spending in Pennsylvania now exceeds 10 million and counting.

McGinty has picked up almost $3 million in contributions from groups outside of the state including $1.5 million for the Democratic Senatorial Campaign Committee and $750,000 from Emily’s List.

Sestak however, has been no fundraising slouch, raising slightly more than $4 million so far while Fetterman is trailing badly with only about $330,000 raised.

The race started as a titanic struggle between Sestak and McGinty for the nomination, but also for the heart and soul of the Democratic Party. Its ending as it started with the outcome still very much in doubt.

Sestak has money, message, and he’s is an experienced campaigner. McGinty has momentum, money and the support of virtually the entire state and national political establishment.

Don’t bite your nails off early this week. You will probably need them on election night.