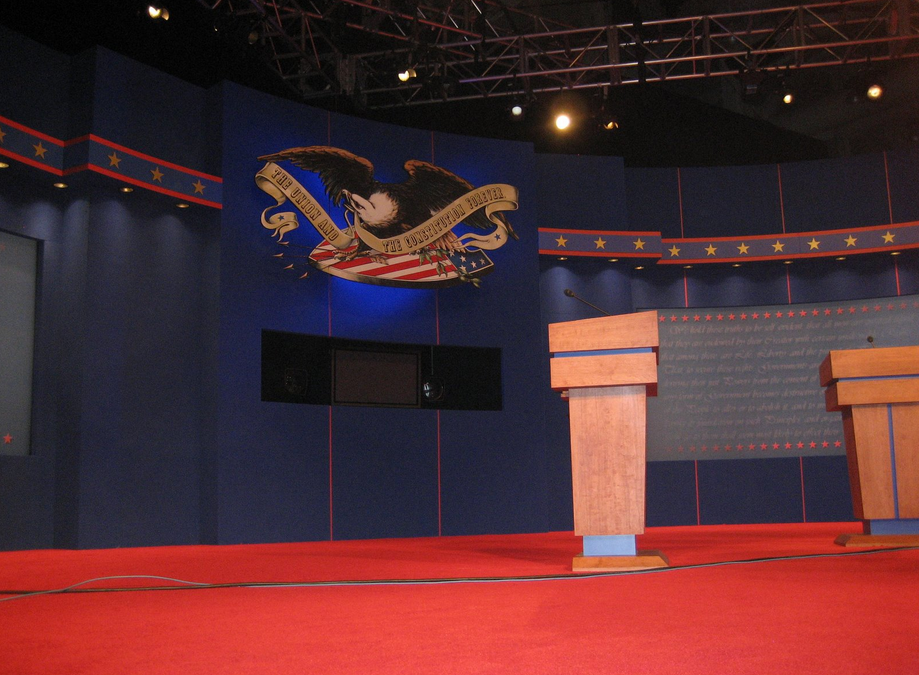 Not surprisingly, both campaigns approach the debates at fever pitch. In a highly polarized, emotionally charged, hard fought race, the Obama camp believes that a solid mistake free performance will give them four more years. The Romney team believes they can still sell its candidate to the American people as a viable alternative to incumbent Obama.

As the challenger, Romney has the higher hill to climb, but Obama, as incumbent, the most to lose. With the election itself on the line, the debates are the defining moment of the campaign.

Make that definitely not.

Indeed, everything we know about presidential campaigns and debates suggest that:

The conventional wisdom that debates can be decisive forms the core of a widely believed mythology about presidential debates – one full of drama, climactic moments, unforgettable punch lines and riveting history.

According to the myths, Kennedy came from behind to beat Nixon in 1960 because of his charismatic use of TV; Ford hurt his campaign in 1976 with Jimmy Carter by flubbing an answer about Soviet domination of Eastern Europe; Reagan beat Carter in 1980 after reassuring viewers he wasn’t a wild man; Dukakis lost to H. W. Bush in 1988 by failing to be properly emotive when a moderator asked him a hypothetical question about rape and the death penalty; then the same H. W. Bush lost a debate to Clinton in 1992 because he cavalierly glanced at his wristwatch during the debate expressing what some interpreted as uncaring arrogance; finally in 2000 Al Gore famously damaged his campaign with his audible sighs at G. W. Bush’s debate answers, insuring voters would reject the tedious Gore for the more likable Bush.

The trouble with all this “history” is that there is precious little evidence that any of it actually happened. In the most celebrated debate myth, Kennedy – Nixon, Kennedy was almost surely gaining rapidly with Nixon going into the debate and that trend simply continued after the debate. In the only slightly less famous myth, Ford’s gaffe on Eastern Europe certainly didn’t cost him the race. In fact, he went from 15 points down before the debates to only 5 down afterward. And to use just one more example, Gallup has estimated that the famous Dukakis goof in 1988 had no effect at all on the polls done in that race.

With few exceptions, most scholars agree that the conventional wisdom about debates as game changers is hokum. One respected political scientist, James Stimson, surveying the debates from 1960 to 2000 has concluded: “there is no case where we can trace a substantial shift to the debates.” In the same vein, two other political scientists, Robert Erikson and Christopher Wlezian have written that “the best prediction from the debates is the initial verdict before the debates.” In short, if a candidate is ahead or behind going into the debates, that candidate will be ahead or behind after the debates.

But arguing that debates are rarely if ever decisive is not arguing they are also unimportant. On the contrary, debates are important and do matter. But they matter much differently than conventional wisdom teaches. While debates rarely change opinions, they often do act powerfully to mobilize voters pre-existing opinions. They make those voters comfortable doing what they have already decided to do before the debate.

Contemporary political myths, however, are seldom confused by facts. Despite all the evidence  that debates are not decisive, the 2012 debates, nevertheless, will  be staged  as dramatic spectacles, vivid life and death struggles between the warring candidates, with the future of the republic resting on the outcome.  Maybe that’s the way it should be. In show business as in politics, the show must go on. And in 2012 the debate show is the only show we have left.