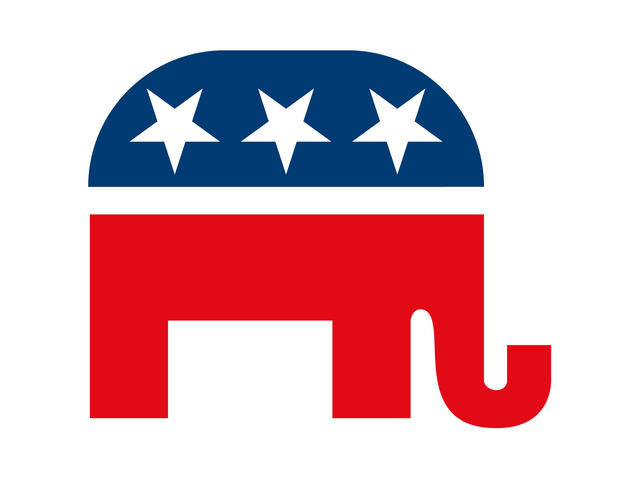 A cottage industry lately has grown up among writers eager to offer both diagnosis and prognosis for the problems facing the Republican Party. The party, we hear, is in deep trouble, perhaps on the edge of dissolution and maybe beyond rescue or respite. Solutions offered to the GOP’s challenges are equally draconian ranging from wholesale expulsion of entire constituencies to graceful acceptance that the end is nigh.

When conventional wisdom in contemporary politics becomes so widely accepted, it’s always good to exercise a little skepticism. “Pack” journalism is alive and well in American media, and any story not over-hyped today is hardly a story at all.

In truth, GOP problems, much like the reports of Mark Twain’s death, have been greatly exaggerated. Many journalists and other media mavens prepared to attend Mitt Romney’s inauguration only a few months ago are now performing the obsequies for his party.

Things were not as good for Republicans last fall as some thought, nor are they as bad now as others believe.

But pointing out that Republicans don’t quite deserve listing on an endangered species list is not equivalent to saying the party does not have serious problems. Any recounting of recent polls or national elections provides impressive evidence that the GOP is in deep trouble among key voter groups. Losers of the popular vote in five of the last six presidential elections, the party’s policies and personalities are also struggling among voters. Demographically, Republicans seem to be on the wrong side of history while many of its proposals seem mired in an earlier age.

So, the GOP does have a problem. But the question few ask is what kind of problem. Is it a long term problem that might ultimately threaten the party’s existence or is it a shorter term problem that will sort itself out in an election cycle or two.

In short, does the GOP just have a bad cold that will leave them miserable for a while or does it have a more serious disease that might ultimately do them in?

American history provides abundant examples of both types of problems–parties with serious but short term problems that do clear up and parties with more chronic problems that consign them to the political wilderness for decades.

The most recent examples of short term problems occurred for both the Republican and Democratic parties in the second half of the 20th century, just eight years apart. For Republicans, it was the 1964 election in which the party veered sharply right after a disappointing loss in 1960. After alienating millions of voters including major segments of its own constituency, the GOP went down to defeat in one of the most lopsided results in American history. Yet precisely four years later, Republicans bounced back vigorously enough to win five of the next six presidential elections.

Democrats from the same era provide a similar, if less dramatic, example in 1972. Veering as far left as Republicans had veered right eight years earlier, Democrats went down to a devastating defeat losing by the fourth largest margin in U.S. history. Yet four years later, they recovered sufficiently to win the White House for the first time in 12 years.

Both 1964 and 1972 were quintessentially “short term” problems quickly resolved by both parties. Yet, and importantly, then, as now, contemporary commentators were predicting the demise of both parties amid the gloom and doom prevailing at the time.

All party problems, however, have not been short term. More serious, and more ominous are the kind of long term problems that persist for decades leaving a party in a kind of semi-permanent minority status.

The spectacle of one-party dominance seems jarring to us today. Since World War II, something close to two-party parity has prevailed with Republicans electing five presidents, the Democrats six. But this period has not been typical.

Historically, one-party monopoly of the presidency for long periods is more common.  For example, in the first half of the 19th century, Democrats captured every presidential election save two. Then from the Civil War to the Great Depression, Republicans monopolized with Democrats producing only two presidencies.

The GOP’s greatest threat may be reversion to that historical norm–a threat made credible by recent Democrat gains in the suburbs, especially in critical battleground states, as well as growing dominance among key minority groups.

Thus, the real problem for Republicans is to figure out exactly what they are confronting: do they have a bad cold or something more serious? If it’s a cold, it will work itself out, as in 1968 for Republicans and 1976 for Democrats.  But if it’s more serious, no easy fixes are likely.

Always looming in the background is the sobering specter of the Whigs, the once vigorous pre Civil War era national party whose collapse in the 1850’s gave rise to the Republican Party. We don’t hear much about Whigs these days. That’s because there aren’t any Whigs left. They failed to deal with the divisive ideological and sectional issues of their time.

This is not a history Republican’s want to recall. Nor is it one the nation can afford to repeat.