Politically Uncorrected: Why the GOP Gubernatorial Primary seems so crazy 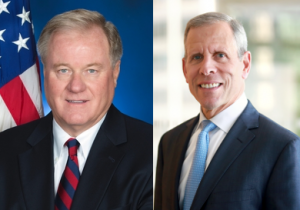 But for truly aberrational politics, Pennsylvania is ground zero. Earlier this year the state Supreme Court shocked almost everyone by drawing new congressional maps that threatened to turn the political world upside down.  Shortly afterward a Democratic neophyte running in a congressional special election in deep red western Pennsylvania actually turned that world upside down by winning in a district President Trump swept in 2016 by 20 points.

To complete this Republican trifecta of tribulation, the leading GOP gubernatorial candidates have now unleashed a bloody primary battle that seems all but certain to leave the party fatally wounded heading into the fall general election against incumbent governor Tom Wolf.

Featured prominently in this virtual GOP civil war between Scott Wagner and Paul Mango has been a series of vicious and brutal negative advertising. Not surprisingly, much of the media coverage has focused on these ads, their veracity and impact. The “horse race” has been the story – while the issues in the race have been largely ignored.

But missed in much of the coverage is the aberrant nature of the race. In fact, it’s supposed to be Democrats that have these smash mouth primaries tearing the party apart so thoroughly that party unity in the fall is often a bridge too far. Republicans in Pennsylvania just don’t act like this.

So – as interesting as the “horse race” is – and as titillating as the “in your face” negative ads may be – let’s ask an even more interesting question: what the heck is going on here?

Why are the leading GOP gubernatorial candidates, Scott Wagner and Paul Mango, seemingly bent on destroying each other and any chance of victory in the fall? (A third candidate, Pittsburgh Attorney Laura Ellsworth, has eschewed the harsh negatives, but lacks significant resources.)

It’s well established that nasty spring primaries usually result in nasty fall defeats – especially if only one party endures the divisive primary. Equally established is the dominance of incumbents in Pennsylvania gubernatorial elections.  Precisely one incumbent governor has lost a bid for re-election in the past fifty years.

Moreover, the Republican Party’s own prestige is on the line as well. It’s been four decades since an endorsed Republican gubernatorial candidate lost a primary. While the negative ads have hurt both candidates, they have hurt party-endorsed Scott Wagner perhaps the most.

Normally, running against a relatively popular incumbent, the “out” party attracts weaker, underfunded often unknown challengers. But both leading GOP primary candidates are serious candidates, both well funded and well organized. Going into April, Wagner had some six million on hand while Mango had about three million.

So we have this baffling incongruity: two conservative Republican candidates, both trying to destroy the other for a chance to run against an incumbent neither is likely to beat.

Equally confounding is that the two of them essentially agree on most of the big issues, often struggling to find differences between themselves.

Are they looking ahead to 2022?  Wolf can’t run again; so being the GOP standard bearer in 2018 could be a leg up in 2022. But history scoffs at this. In the past half century only one gubernatorial candidate (Milton Shapp in 1966) has lost a general election and come back four years later to win. In Pennsylvania, winning a gubernatorial primary, but losing the fall election is a ticket to political oblivion.

So, two smart, rich, successful businessmen are spending a lot of money bludgeoning each other for the privilege of running against an incumbent likely to trounce either of them. Is that really what is going on here?

Not exactly – because these two smart, rich, successful guys are also loyal Trump conservatives, true believers who were early Trump supporters and now loudly and often proclaim their allegiance to the president. Wagner often compares himself to Trump and Mango trumpets Trump at every opportunity.

That makes this primary election one about ideology and commitment to a philosophy. It’s also about Trump, what he represents and what it now means to be a Republican. It’s about the soul of the Republican Party.

It’s about who gets to play Trump in Pennsylvania.

With stakes like these, a few million bucks, a couple of careers in tatters, or even losing the governorship is collateral damage.

Governor Wolf is probably enjoying this, but thousands of GOP primary voters aren’t.