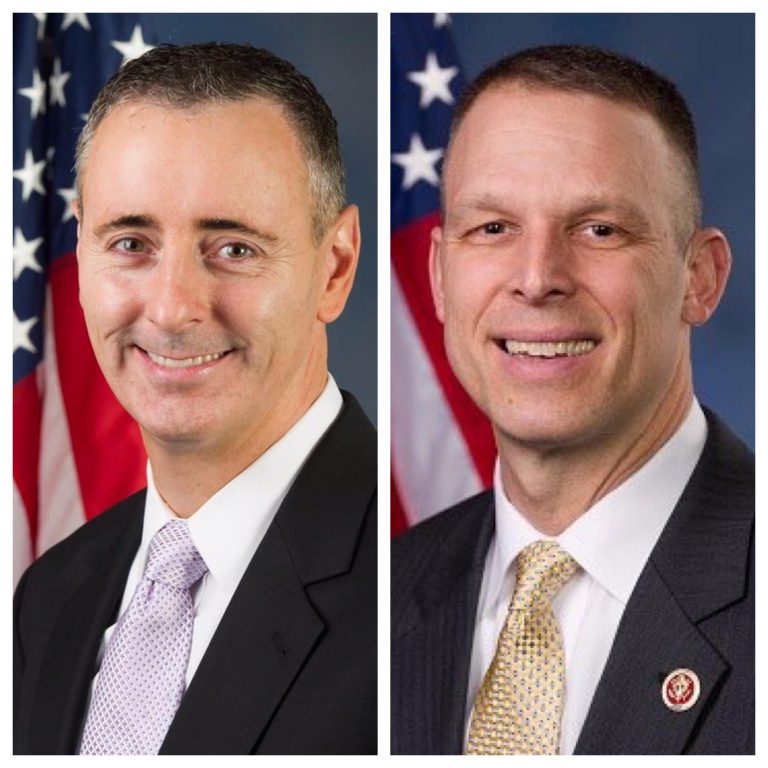 Politico’s brief analysis along with the rating of Perry’s quest for another term in the 10th Congressional District labels the incumbent, who is a member of the House Freedom Caucus, as a “little too conservative for his district.” The rating also points to Perry’s narrow victory over Democrat George Scott in 2018, while adding that Democrats recruited Auditor General Eugene DePasquale to face him in 2020.

Although Politico only mentioned Perry and DePasquale in their ratings for the 10th District, two other hopefuls are also making a bid for their party’s nomination.

For the first time since winning a seat in Congress, Perry is facing a primary challenger in Bobby Jeffries, a millenial logistics director for a health and wellness firm, who accuses Perry of being insufficiently “Pro-Trump.” On the Democratic side, two candidates have formally announced a bid for the seat, DePasquale and attorney and author Tom Brier.

Politico only placed one sentence under their Toss Up rating for Fitzpatrick’s race in the 1st Congressional District, noting that the GOP incumbent “survived the 2018 Democratic wave,” and edged out Democrat Scott Wallace. Fitzpatrick is currently one of two Republicans seeking reelection in a district that Sec. Hillary Clinton won in 2016 over Trump.

During Fitzpatrick’s successful 2018 campaign, he bested Veteran and former Bucks County Assistant District Attorney Dean Malik, who ran a pro-Trump campaign in the GOP primary by 34 points, but is set to face another Trump friendly Republican in 2020. Andrew Meehan, President of an investment advisory firm and grandson of the late longtime Philadelphia GOP party boss Austin Meehan, is seeking the GOP nomination for the Bucks County district as a pro-Trump Republican.

While Fitzpatrick and Perry are currently listed as the lone Toss-Up congressional races in the state, Politico notes that Pennsylvania is shaping up to be one of the most important states in Trump’s reelection bid.

Pennsylvania is listed as one of the six states labeled as a Toss-Up for the 2020 presidential race, along with Arizona, Florida, Michigan, Nebraska’s 2nd District, and Wisconsin. The only state on the toss up list with more electoral votes than Pennsylvania is Florida.

Politico writes that Trump became the first Republican presidential candidate to flip Pennsylvania for decades, but that “Democrats feel confident they can snatch it back in 2020.” They also added that the Democratic Party’s choice of its nominee “will make the difference,” in the state, but didn’t specifically cite any of the Democratic presidential hopefuls.

1️⃣ Pennsylvania: Republicans finally flipped it in 2016. Dems feel confident they can snatch it back in 2020. But the party’s choice of its presidential nominee (and his or her policy positions) will make the difference here.
https://t.co/iDWaD5MTQU

Politico currently says that control of the presidency is “too close to call.”

Although Fitzpatrick and Perry are the lone toss up congressional races in the state, Politico ranks four congressional races in the state as “Leans” towards in the incumbent. Reps. Matt Cartwright (D-Lackawanna), Mike Kelly (R-Butler), Conor Lamb (D-Allegheny) and Susan Wild’s (D-Lehigh) reelection bids are listed as “leans” in their favor. All three Democrats are being targeted by the National Republican Campaign Committee in 2020, while Kelly is also one of the three Republicans in the state being targeted by the Democratic Congressional Campaign Committee, along with Fitzpatrick and Perry.