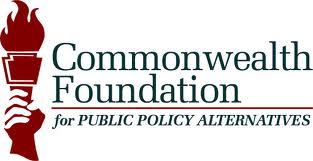 A recent poll commissioned by the Commonwealth Foundation for Public Policy Alternatives
found that 3 out of 5 Pa. voters support the privatization of liquor sales in Pennsylvania.

The Commonwealth Foundation is a Harrisburg based conservative think tank that develops public policies rooted in the principles of ‘civil society.’  They promote economic freedom, personal responsibility, and limited government.

The proposal to change Pennsylvania state laws governing the sale of wine and liquor includes four main components: selling all state-owned Wine and Spirits shops to private retailers; allowing wine and liquor to be sold in supermarkets and specialty stores; allowing beer to be sold in those same venues; and permitting Pa. residents to purchase wine via the internet and mail from non-Pa. retailers.

Other reasons for support included keeping up with other states (Pennsylvania is one of only 18 ‘control states’), competitive pricing for consumers, and a larger variety of wine, liquor, and beer available.

The highest support for privatization was found in Allegheny County (69%), the next highest was in the outer Philadelphia market (66%), which made up 21% of the total sample.

Independents and Republicans had the highest percentages of supporters at 71% and 69%, respectively.  Democrats split 52% to 43% over the issue.

There was little difference between men’s and women’s views about liquor privatization (men came in 2% higher).  Aside from alcohol consumption, age proved to be the biggest determining factor with over two-third of 18 to 49 year olds favoring privatization.

Statewide, the poll found no difference in opinion among surveyed voters regardless of which side’s message they heard before being interviewed.  In the Philadelphia suburbs voters were noticeably swayed by each side’s message, however after listening to both sides, favored privatization 68% to 29%.

The survey was conducted by FM3, a Public Opinion Research and Strategy firm from January 22nd to 27th via landline and cell phones.