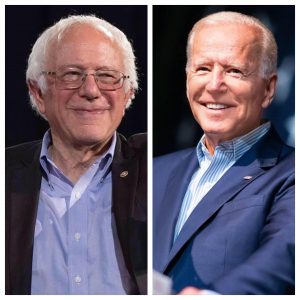 How big of a role Pennsylvania will play in the upcoming Democratic Primary remains to be seen, but another new poll shows former Vice President Joe Biden leading the pack in the keystone state.

The overall online poll surveyed 1,037 self-identified registered voters in Pennsylvania, which conducted interviews between Jan 8- Jan. 20, has a ±3.3% margin of error, although the memo notes that the questions for demographic subgroups “necessarily have a higher margin of error.” It is unclear what the exact margin is on this specific question.

While the overall polling showed that Trump is trailing the generic Democratic candidate for President if the election were held today, another interesting takeaway asked to all who participated in the poll was about the current state of the Democratic and Republican Party.

The margin of error on those two questions about the direction of the party is ±3.3%.

This same polling showed that Trump trailed whoever the Democratic presidential nominee will be in Ohio, Michigan, and Wisconsin. According to Cleveland.com, a poll from Baldwin Wallace a month before the 2016 election showed Sec. Hillary Clinton leading Trump 43.2% to 34.4% with a “substantial number” undecided at the time in Ohio. In the 2016 election, Clinton received nearly exactly the number from that poll, 43.6%, but Trump won by a comfortable margin carrying 51.7% of the vote in the state.

See the full data for the poll here.