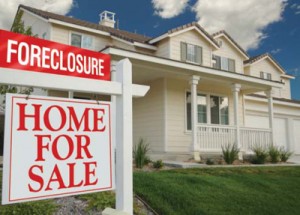 President Obama has housing issues, according to a poll released by the progressive group Campaign for a Fair Settlement. 48 percent disapprove of his handling of the housing and mortgage crisis while 38 percent approve.

The survey was conducted for the group Campaign for a Fair Settlement by Public Policy Polling. The organization believes that a pending multi-state settlement forged by President Obama lets banks off the hook too easily.

Under President Obama’s plan, the U.S. Justice Department would pursue a limited investigation, pursuing a 5-state, $19 billion settlement with the five largest banks and other violators. The settlement accused the banks of improperly handling thousands of home mortgages.

Pennsylvania was one of five swing states polled. The others, Arizona, Florida, Nevada and North Carolina, were hit even harder by the housing crisis.

Asked about the statement “The economic crisis we’re in is at least partially the result of criminal actions by Wall Street executives,” 52 percent strongly agreed and 25 percent agreed somewhat.

Among self-identified Republicans and Democrats, the issue was divided along party lines, with 61 percent of Democrats approving of Obama’s handling of the housing and mortgage crisis, and 81 percent of Republicans disapproving.

Especially emphasized were numbers among independent voters. 48 percent of them disapprove of Obama’s plan, versus just 26 percent who approve. 76 percent of independent likely voters agree that criminal activity on Wall Street contributed to the mortgage crisis.

The group and its Pennsylvanian chapter have been making noise on this issue for months. The organization is a cooperative between nearly a dozen separate organizations including Pennsylvania AFL-CIO, ACTION United and Philadelphia Unemployment Project. It has called for a full-scale federal investigation of the federal mortgage crisis and a settlement amount that properly, “reflects the damage that has been done by Wall Street institutions.”

After JP Morgan-Chase posted $2 billion in losses earlier this week, the group reiterated their secondary demand of increased accountability on Wall Street.

Nish Suvarknakar, campaign manager for Campaign for a Fair Settlement, said the results of the poll indicate that voters still seek retribution from the Obama administration over the actions committed by banks during the housing crisis.

“Years after banks committed widespread fraud that led to both the housing crisis and a recession, homeowners have been left to clean up the mess while not a single bank executive has faced criminal charges,” Suvarknar said. “Majorities of independent voters in swing states think it’s time for Obama to stand up for homeowners and hold banks accountable.”

This is not a candidate’s campaign, but CFS does have an agenda. Therefore, as always, take internal polling with a grain of salt.

PPP surveyed 600 likely PA voters from April 30 to May 1 via interactive voice response.

Poll: Campaign for a Fair Settlement