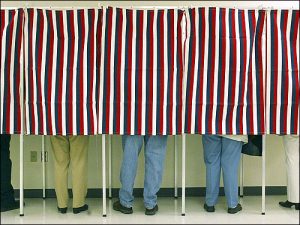 Our collection of stories on yesterday’s statewide races.

PA-Sen: Toomey Re-Elected: The Senator has won a second term.

Torsella to Be Next Treasurer: The Democratic nominee wins the State Treasurer contest.

PA-8: Fitzpatrick to Succeed Brother in Congress: The Republican nominee held onto the family’s seat.

PA-16: Smucker Elected to Congress: The open seat will remain in GOP hands.

The Clintons and Obamas Join Forces For Philly Rally: The twin families of Democratic politics speak in Philadelphia on Election eve.

Reader Poll: Who Should the Republicans Nominate for Governor in 2018?: We ask which way the GOP should go as it tries to retake the Governor’s mansion.