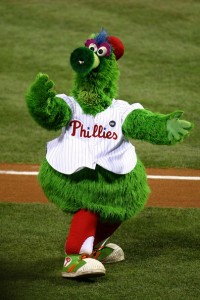 Hillary Clinton is Pennsylvania’s favorite prospective 2016 candidate and the Philadelphia Phillies are its favorite baseball team. Those are just a few of the results from a highly diverse PPP poll.

The poll found Clinton leads Democrats with 65% of the vote. Vice President and Scranton-native Joe Biden finishes a distant second with 9%. Rounding out the group, Massachusetts Senator Elizabeth Warren and New York Governor Andrew Cuomo each pulled in 5% while New Jersey Senator Cory Booker ended up with 4%.

PPP also found that 59% of respondents support a $10 minimum wage compared to just 33% who are opposed. This total includes 58% of independents and 36% of Republicans.

Just for fun, PPP also surveyed the commonwealth’s preferences when it comes to America’s pastime. 32% of Pennsylvanians are Phillies fans while 29% chose the Pirates. Inexplicably some respondents support non-PA teams with 8% citing the Yankees as their favorite team and 5% siding with the Baltimore Orioles.

In terms of approval ratings for managers, though, Pirates skipper Clint Hurdle has the edge. Pirates fans give their manager, who brought the Pirates back to the post-season for the first time in twenty years, a 50% approval rating, with only 7% disapproving. Meanwhile, Phillies manager Ryne Sandberg has a 32% approval rating with 14% disapproving. A majority of Phillies fans (54%) are still unsure about their relatively new manager.

Finally in a (sadly) hypothetical race for Governor, the Phillie Phanatic would defeat the Pirate Parrot by a 35% to 29% margin. Underscoring the magnificence of baseball’s greatest mascot, the Phanatic was able to bring both parties together, securing the support of Republicans and Democrats.

Update: PPP also asked perhaps the most contentious question in Pennsylvania today: Flyers or Penguins? The results ended in a 37%-37% tie with 26% answering not sure.