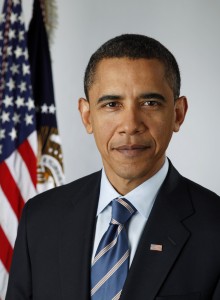 President Obama is above 50 percent and leads Mitt Romney by 7 points, according to the latest poll from Public Policy Polling.

The survey of 500 likely Pa. voters showed the President at 51 percent to Romney’s 44 percent, 5 points narrower than his 52 percent to 40 lead in September.

The poll was conducted Oct. 12-14 via automated telephone interviews; the margin of error is plus or minus 4.4 percent.

Obama has slightly favorable job approval, 49 percent to 47 percent, and leads among some significant demographic groups: women (53 percent to 42), men (48 percent to 46), and independents (51 percent to 41).

PPP’s are the second in a week with at least 3 polling releases (Morning Call on Monday, Quinnipiac on Tuesday).