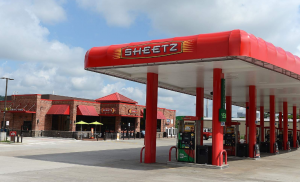 Public Policy Polling has just released their most recent survey of Pennsylvanians, surveying their opinions on everything from Joe Paterno to hoagies. Answers were calculated broadly and then analyzed by more specific categories such as age, voting record, and gender.

In the latest development in a long-standing rivalry, Sheetz has redeemed itself, according to the poll. For the past two years, Pennsylvanians indicated they preferred Wawa to Sheetz, but this year Sheetz has overthrown its eastern competitor, with 45% of citizens in preference of the convenience store. 35% of people polled were in favor of Wawa, while 12% said they were not sure.

White men carried support for Sheetz, as 54% were in favor of the store while only 37% of women shared the same opinion. The majority of women, 40%, were in favor of Wawa, with only 29% of men in agreement. 23% of women and 17% of men were unsure of their preference.

Pennsylvania is known around the U.S. for its cheesesteaks, and according to the poll, Pennsylvanians themselves appreciate the dish themselves. 49% of Pennsylvanians polled said the sandwich was their favorite, Italian hoagies coming up short with only 26% preference from those polled. 12% checked off meatball subs as their sandwich of choice, and 12% reported they were unsure.

Women and men were almost equal for preference in every sandwich category, but a definitive 70% of African Americans prefer cheesesteaks, while only 47% of white people and 42% of people of other ethnicities were committed to the sandwich.

To top off their sandwiches, 62% of Pennsylvanians would ask for a soda, versus the 25% who would request a pop.